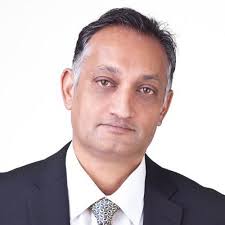 RAMSAMOOJ… successfully predicted the result of the 2016 General Election

(Jamaica Observer) QUESTIONS are being raised about the seeming disappearance of Trinidad & Tobago pollster, political scientist Derek Ramsamooj from the Jamaica scene for the September 3 General Election, after he successfully predicted the result of the 2016 poll.

There was even talk that the Jamaica Labour Party (JLP), which had commissioned polls done by Ramsamooj for the 2016 election, had separated from him, but that was quickly dismissed by JLP officials when the Jamaica Observer contacted them last week.

In fact, officials revealed that Ramsamooj was very much in the thick of things, and was a part of the set-up influencing the organisation’s approach going into the next general election.

The novel coronavirus has been given as the reason for Ramsamooj’s absence from Jamaica, but he is still involved in interpreting (or calculating) the data submitted to him by those doing field work. The experienced pollster has also done work in Grenada, St Lucia, Trinidad and Tobago, Suriname, Belize, Guyana, St Vincent and the Grenadines, Anguila, and St Kitts and Nevis.

JLP officials declined to speak on the matter publicly when the Sunday Observer reached them for a comment, but one high-ranking figure said that the party’s reliance on Ramsamooj’s “guiding hand” was even better now.

“The man is playing his role same way,” the JLP senior man said. “He polled the by-election that involved Mrs (Annmarie) Vaz last year (March) and he quietly does work for us,” the official went on.

It was the poll done by Ramsamooj and revealed less than a week before the February 25 General Election of 2016 that had eyes opened wide, when it emerged that the JLP was fancied to beat the People’s National Party (PNP), as the then Opposition was riding a late momentum going into the election.