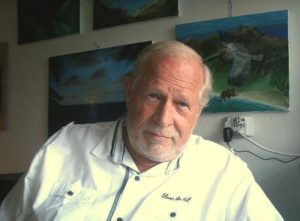 “We want more private and business aircraft coming to our airport.” – “You’re right,” I responded. “We’re looking for a mover-and-shaker to do it” – “Good thing,” I replied. “We were thinking of you!” – “Who me?”. That was the essence of being invited to an airport board meeting. While driving home, it went through my mind: how on earth am I going to do this? As their PR associate, I had a good sense of the airport’s strengths and weaknesses. I had often suggested that General Aviation deserved more attention, because it’s more lucrative. Two ground staff members can handle a private jet from passenger and luggage handling to refueling. The landing and handling fees are excellent. A commercial airliner needs far more staff and attention, from ticket counter to the stairs for embarking and all the additional tra-ra around the handling of aircraft and passengers.

How did I change 60% scheduled commercial flights against 40% business aviation, into 60% bizav versus 40% scheduled, without losing business of the latter segment? Sales pitches and PR don’t do the trick. Forget 101 college marketing. I decided to visit the operation center of the business aviation operator that had the largest fleet of aircraft (140) headquartered in Portugal. In detail, they explained their operations and when airport issues popped up. If I could take care of that, would they come more often? Yes! So, I worked on it. The airport went successfully through three evaluations and it became their preferred airport in the region ‘from their perspective’.

I visited some of the major companies in Houston, Texas that handle international trip planning for business jet operators.  Again, wanting to know what hurdles they face, and finding out what they knew about our airport. We learned from each other. They received a better insight of our destination ‘from their perspective’.

Why mentioning ‘from their perspective’ in both cases? Because their clients make the decision where to go, but the service providers ‘from their perspective’ will discretely advise them what may be best on how to get there. What’s my point?  Solving problems is essential! Not ‘hot air’ promotion, nor sales pitches. In aviation development; there is no such a thing as opening a can of airplanes.

I should point out that the airport for which I handled the aviation development was located in Switzerland. Who followed the international news this past week, may be aware of the World Economic Forum in Davos, Switzerland. Thousands of the world’s richest and most powerful people from 70 countries were attending the event. There were more than 1,000 private jet flights over the five days.

Davos doesn’t have an airport. The closest airport is Samedan, at an elevation of 1,707 mtr/ 5,600 ft Europe’s highest airport but has no scheduled flights. It’s one of the world’s most challenging airports due to its difficult mountain topography, the winds, and the thinness of the air at this altitude. For the event, the airspace over Swiss’ Davos and the adjacent Austrian territory is virtually closed by the air forces. Exceptions are made for helicopter flights directly to Davos to bring in the ‘crème-de-la-crème’.

Where do their jets fly to? Option #1. Zurich International Airport and used by the highest ranking political officials who need extra protection and official Swiss government reception. It takes a 1 ½-hour-plus limousine ride to Davos. Option #2? ‘My’ regional airport. Only 1 ¼-hour-or-less drive because of a none saturated route.  A ‘low-key’ airport and less extra policing or security needed. No air traffic slots. The ‘140-aircraft company’ decided that we’d be their preferred airport. I told the airport director that he had to move out and make his office available. The company used it for its aircraft dispatcher to handle their flights for three nearby airports including Zurich International, and in addition, two of their own customer service agents, a ground transportation coordinator, and a chief-pilot to handle crew arrangements.

What’s the point for the Caribbean? You don’t need a major airport to attract and bring in a certain clientele. You need a smooth functioning airport that is well equipped, and mediocracy is not an option. A 5,000 ft / 1,500 mtr runway is often enough.

Monaco, one of the world’s wealthiest nations, doesn’t have an airport. No space for it; just like some of the Caribbean islands. They do have plenty of funding to build it, unlike most of the Caribbean islands. They don’t even want an airport; they have a good heliport. Where do the rich-and-famous’ jets land? Nice, a major international airport that is relatively nearby. Nice is not keen on it, since it has too many scheduled commercial flights. Cannes is not far away and specializes in private and business aviation. Ground transportation to Monaco on congested roads takes too long though. Helicopter service to Monaco make sense.

Another hint for the Caribbean. You may not have roads and time-taking ground transportation, instead you have water between the territories and a ferry ride is time-taking. Helicopter service may be an alternative to accommodate this clientele. Plus, the costs of a helipad are a fraction of developing or extending a runway. Some islands don’t even have a helicopter on location. The configuration of a passenger helicopter can be changed in 10 minutes, have a hoist attached, and be ready for rescue operations.

Why would you like to have this clientele and what is the sense of this wealth tourism? They are spending ten times as much per person than the average mass-tourism visitor. US$ 900 plus for a hotel night is not uncommon, neither is a US$ 20,000 plus week’s villa rent. It is not just the positive economic impact. Since this clientele does not accept mediocracy, the island is forced to upgrade its infrastructure and facilities which may improve the overall standard of living of its community. This clientele is also willing to pay higher wages or charges for services. If they like the destination they’re loyal and return; often more than once a year. Every passenger arriving on a private jet is a potential investor in the region. Think about it. Success breeds success or…, it may at least rub off.