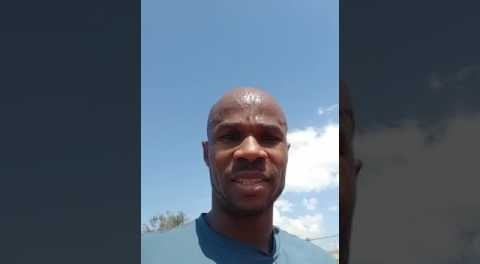 A number of Caribbean track and field stars, including Legendary Caribbean Sprinter and World Masters Record Holder Kim Collins and former World Record Holder Justi Gatlin , will be among the field to participate in the inaugural Grenada Invitational scheduled for the National Athletic Stadium in St George’s, Grenada next month.

Collins and Gatlin will be joined by other athletes including   Levern Spencer of St Lucia, Puerto Rico’s Javier Culson, Great Britain’s Martyn Rooney and Americans LaShawn Merritt, Brianna Rollins, Ashley Spencer, David Oliver, Queen Harrison and Kristi Castlin who are among some of the other athletes also confirmed for the one-day meet.

Bahamians Alonzo Russell and  Steven Gardiner will compete in the men’s 400m, Bahamian national record holder Leevan ‘Superman’ Sands will be in the men’s field for the triple jump and Ivanique Kemp will participate in the women’s 100m hurdles.

Jamaican-born Jacques Harvey, who now competes for Turkey, is also confirmed for the Grenada Invitational.

Trinidad and Tobago and Barbados also have some of their top athletes confirmed.

Nigeria’s Regina George and Patience George, Phylicia George of Canada and Panama’s Alonso Edward are among the confirmed athletes.

During the Grenada Invitational on April 8, journalist Michael Bascombe, one of the local organisers, have confirmed that the Grenadian government will be renaming of the Chinese-built national stadium in honour of the island’s lone Olympic medallist Kirani James, who will also lead a contingent of local athletes in the invitational.