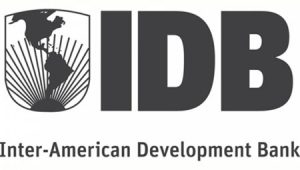 A landmark analysis by the Inter-American Development Bank (IDB) into Government spending in Latin America and the Caribbean reveals widespread waste and inefficiencies that could be as large as $220 billion a year, or 4.4 percent of the region’s GDP.

IDB said that the finds prove that there is ample room to improve basic services in the Region without necessarily spending more resources.

The IDB report titled, Better Spending for Better Lives: How Latin America and the Caribbean Can Do More with Less, was launched yesterday “as Governments across the region struggle to meet their citizens’ rising expectations with limited budgets.”

The publication argues against across-the-board cuts. It looks at whether countries spend too much or too little on different priorities, whether they invest enough to ensure a better future, and whether those expenditures make inequality better or worse.

Along with the diagnosis, the report offers several policy recommendations on how to improve the efficiency of Government spending, such as reducing the cost of delays and budget overruns in infrastructure projects, as well as corruption in procurement.

“At a time when Governments have to make tough choices, this report provides a timely platform for discussing how efficiently we spend our public resources to ensure the best possible outcomes, not just for the present but for the future,” said IDB chief economist Alejandro Izquierdo, who edited the report.

“The good news is we can improve the lives of our citizens by spending better, rather than by spending more.”

The report recorded that there were eight major areas of evaluation and Guyana was an “underperformer in all these areas.”

IDB found that consolidated public spending averages 29.7 percent of GDP in Latin America and the Caribbean, almost six percentage points more than in the early 2000s. The report said that spending ranges from 35 percent of GDP and above in Argentina and Brazil to below 20 percent of GDP in the Dominican Republic and Guatemala.

Following the 2007-2008 global financial crisis, many Latin American countries rode a commodity windfall and raised their spending on items such as public sector salaries and pensions, which are difficult to dial back. Governments now need to make the most of their tax revenues.

The report listed about eight key findings. Among these are that moderate estimates of inefficiencies in procurement (including losses caused by corruption and delays), excessive civil service payroll and transfers that do not reach the targeted population, could amount to as much as 4.4 percent of GDP, or $220 billion (about 16 percent of total spending) – enough to eliminate extreme poverty in the region.

Chile and Peru are the most efficient in their spending, with wastage of 1.8 percent and 2.5 percent of GDP, respectively.

The IDB also found that public investment needed to ensure future growth has lost more than 8 percentage points in the budget relative to current expenditure. While public investment per capita has increased on average more than 50 percent in every other region in the world, in Latin America it has only crept up five percent, remaining roughly at the same levels as in the 1980s.

IDB also reported that Latin America and the Caribbean spends four times more on the elderly than its younger cohorts. “If current pension and health expenditure regimes are kept in place, their share in the budget could jump from 35% today to as much as 78% by 2065, putting fiscal sustainability at risk and starving other priorities such as developing the job skills and the infrastructure necessary to sustain future economic growth.”

Further, the Bank noted that more government spending is unlikely to help close the region’s inequality gap if inefficiencies in redistribution are not corrected. For 16 Latin American countries, direct taxes and cash transfers reduce inequality by only 4.7 percent on average, while in a sample of advanced countries the decline is 38 percent.

The IDB also said that reducing cost overruns and delays in government-financed infrastructure projects to the levels of projects financed by multilateral development banks could produce cost savings of almost 1.2 percent of GDP.

This could free up $50 billion a year for infrastructure investments. It noted too that “several countries could improve health indicators without increasing budgets by aligning their spending to international efficiency standards.

“For the region, life expectancy could be extended by four years, with Bolivia, Guyana, Suriname and Trinidad and Tobago gaining more than seven years. Similarly, crime could be reduced 30 percent.”

The report offered recommendations. The report advocates for fiscal rules that go beyond fiscal sustainability to investment protection, such as Peru’s double condition fiscal rule, which sets specific limits to growth in current expenditures, making sure that it will not eat up resources that should be allocated to capital expenditures.

The report lists multiple ways to improve the management of civil service expenditures, from developing comprehensive civil service plans that set clear visions and goals, to headcount and transactional audits.

In education, the book recommends, among other measures, accompanying higher spending per student with more accountability measures to reduce corruption, as well as better training and performance pay for teachers.

Regarding public safety, the book notes that the region suffers from high crime levels even though it significantly increased spending on policing and incarceration, with the security sector absorbing 5.4 percent of fiscal budgets – versus 3.3 percent for OECD countries.

The report lists improvement areas in police organization and efficiency, better management of crime prevention programmes, and targeting high-risk places, people and behaviours, among others.