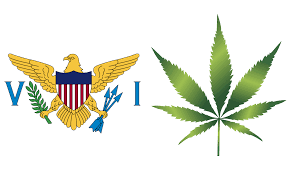 However, the new law does not authorize the recreational use of marijuana.

However if you find yourself in a state that it is medicinally legalized, and you’re wanting to reap the many benefits of CBD oil and likewise products, you could shop cbd poroducts online and look around elsewhere like for instance the pg group dispensaries for products that may be beneficial to you. In other countries too, there are higher concentrates available such as the cbd isolate canada has available – it is a 99% pure extract that isn’t available everywhere at present.

“I have approved the Virgin Islands Medicinal Cannabis Care Act because it is a step in the right direction toward assisting Virgin Islanders suffering from autoimmune and other debilitating medical conditions,” Mr Bryan said.

“This legislation also gives effect to a Virgin Islands community-wide referendum held in 2014 that approved the introduction of the medical-use sale of cannabis products by a majority of the voters. Since the referendum, it is clear that marijuana-use policy in the United States has been changing rapidly in favour of medicinal and recreational use and will continue, even potentially on the federal level,” the territory’s leader said.

Even as he approved the measure, however, the governor acknowledged that it will need tweaking.

“The Legislature recognized that the bill, as passed, is not perfect and needs more refinement and amendment and provides for an implementation period that we must aggressively pursue,” Mr Bryan said.

“It is part of the process of implementation of the regulatory and operational system. And therefore it will be essential that further revisions be developed, with professional guidance, in the implementation process, including preparation of Regulations, forms, fees, and procedures; and to undertake necessary amendments to the Bill with the Legislature.”