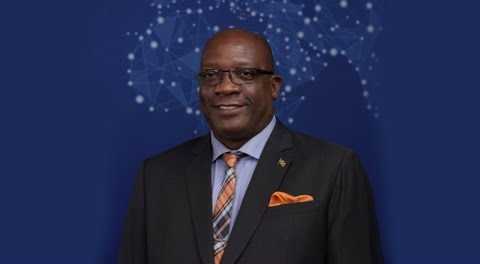 LONDON, June 8, 2020 /PRNewswire/– On Friday, the Federation of St Kitts and Nevis held its general election resulting in another landslide victory for Team Unity. The three-party coalition secured nine out of eleven constituencies. On Sunday, Dr Timothy Harris was sworn in for his second and final term as Prime Minister.

Running on a continued reform platform, PM Harris pledged to uphold the growth momentum the twin-island nation has registered over the past five years under his tenure. This includes regular fiscal surplus, a record reduction in debt-to-GDP ratio more than a decade before the deadline, and a drastic drop in criminality. The country also registered a rise in Citizenship by Investment applications after implementing stricter security checks and introducing the Sustainable Growth Fund as the fastest route to second citizenship.

“The United States congratulates the people of St. Kitts and Nevis on their free and fair elections and looks forward to deepening our partnership with Prime Minister Timothy Harris and his government,” reads the US Department of State press statement issued on June 8th. “We will continue to work together to promote security, economic prosperity, and democratic rights for the citizens of St. Kitts and Nevis and people throughout the Caribbean. St. Kitts and Nevis and the United States are friends and neighbors with a shared commitment to democratic values and the rule of law,” continues the message signed by the Department spokesperson Morgan Ortagus.

During the swearing in ceremony this weekend, PM Harris expressed gratitude for the support from voters and partners around the world. “We are all honored and humbled by the faith and confidence which you have reposed in us,” he said. “I only intend to serve two terms in the office of Prime Minister,” he added, reiterating his promise from his 2015 campaign. “We shall make the modern history for St Kitts and Nevis by making it the best-managed island country,” said PM Harris.

Mark Brantley, Foreign Minister and Premier of Nevis in the outgoing cabinet, secured all three constituencies on the island. “My [Concerned Citizens Movement Party] won all the available seats in Nevis in a landslide victory. Huge thank you to the people of Nevis for their confidence in us,” said Brantley on Saturday.