I am indeed honoured and privileged to pen these lines as Leader of our
Team Unity Administration that was ushered into office on February 16,
2015 following a historic victory at the polls. Our tripartite Government,
consisting of membership from the People’s Action Movement (PAM), the
Concerned Citizens’ Movement (CCM), and the People’s Labour Party
(PLP) represents the first time in our Country’s history that three political
parties have been able to subjugate partisan politics in favour of National
Unity. “To God be the Glory, Great Things He Has Done!”
It is an indisputable fact that the Team Unity Government came to office through intercessory prayer and supplication, and a deep-seated desire to fulfil our motto: “Country Above Self”. We campaigned on a
platform for meaningful, demonstrative change; a desire to put our people first; and an urgency to safeguard democracy and decorum within our Parliament and, by extension, in all forms of public life. The Federal Cabinet views with respect and seriousness the task and assigned mandate given to us by the people of St. Kitts and Nevis.
After two short years in office, our Team Unity Administration remains firm in the execution of our political charge. We are busy delivering on the promises made in our Inaugural Manifesto entitled “Prosperity for All:
2015-2020”. We operate as a team as we continue to design, build, implement and establish all of our projects
and programmes with our people in mind. Such activities span the gamut of improvements in infrastructure;
healthcare; national and citizens’ security; foreign relations; recalibration of our Citizenship by Investment (CBI) programme that is now a platinum brand; community development; social services; tourism and the allied services sectors; education; improved relations with our sister island of Nevis; record‑setting fiscal management and performance; information and communications technology (ICT); and the strengthening of alliances with key international agencies, social partners at the local level, and non-governmental

organisations.
Fellow citizens and residents: On this 2nd Anniversary of our Team Unity Government I wish to remind us all that national development requires truly national effort on the part of everyone. None of us can independently take this Country forward and upward. Yet, together we can can! We certainly can! Please continue with us on the path to national development with God at the helm. Let us give thanks to God for all He has done.
To God be the glory!
Sincerely
Dr the Hon Timothy Harris
PRIME MINISTER

1- Removal of VAT from the Cost of Food, Medicine & Funeral Expenses

Construction of Temporary Campus for the School :

Start of Plans to Construct a Brand New High School

4-Establishment of Oncology Unit at JNF General Hospital for Treatment

of Cancer, via Chemotherapy

5-Restoring Democracy to St. Kitts and Nevis after the Travesty Meted

out on our Country and our People on that infamous day of January 16, 2016

6-Return of Order and Decorum to the Federal Parliament; meeting

Constitutional Obligation re: Appointment of a Deputy Speaker

7- Repairs, Renovation and Re-opening of the Mary Charles

of jobs, particularly in the construction sector 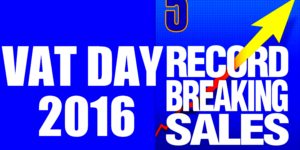 9-Surpassing 2015 Tax Revenue Targets by the End of November

2015; Recording the Best Ever “VAT Day” Revenue in the

History of the Country in 2015, and further exceeding these

10-Construction and Dedication of the Mental Health Day

11- Recalibration and Resuscitation of our Citizenship By Investment

(CBI) Programme that was on the verge of collapse, and elevating

it to a platinum standard

12-Budgetary Support for Nevis in the amount of $62.5 million

(SIDF contribution), and another $52 million from the Federal

Government for various infrastructure and developmental 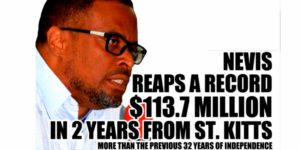 initiatives – as a result of closer ties between the Federal

13-SIDF Funding for Infrastructure Projects in Nevis, through a

of a state of the art, 400 meter Mondo Athletic Track; urgent

resurfacing of the runway at Vance Amory International Airport; 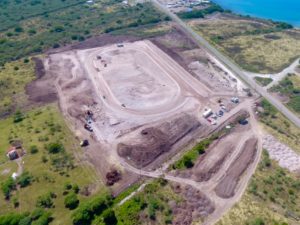 advancement of the Geothermal Project; and establishment of

14-First-time Appointments of Nevisians to Diplomatic Posts such

as Ambassador to the Organisation of American States (OAS),

and Consul General at the St. Kitts-Nevis Consulate in Dubai, UAE

15-Nevisians’ Appointment to Key Federal Posts, including those

• Elsa Wilkin-Ambrister – Vice Counsel at the Consulate of St Kitts and Nevis in Dubai, UAE

of the Speaker of the National Assembly and the Supervisor of

16-Establishment of the Criminal Justice Strategic Board

17-Appointment of an additional prosecutor to handle court

backlog inherited from the previous administration

Complex and request for appointment of 2nd High Court Judge

for St. Kitts Circuit to address backlog of Court cases

19-Ongoing development of 3rd Magistrate Court in District ‘A’,

20-Legislation to begin establishment of dedicated Land Registry to

22-Establishment of the National ICT Governance Board

most dynamic country worldwide for major improvements in

24- Director of IT in the NIA appointed Federation’s representative

Network (GWAN) to connect all Government Offices in St. Kitts and

under the FRESH Start Programme that is now in its second incarnation;

tangible assistance has been given to small and medium-sized

enterprises (SMEs), to the tune of $30 million

30- Increase in the number of small businesses

31- Significantly high growth rate of 5%; job creation and increase in the

Market Practices, thereby protecting the interests of our citizens

33- Re-Tooling and Revamping of the RSCN Police Force, and providing the

largest ever allocation of resources in our Country’s history

34- Provided a 20% increase in Risk Pay for Security Forces

35- CCTV Programme being built to improve public safety and security, and

36- Advanced-staged planning for Geothermal Development in the

38- Upgrade and reform of the People’s Employment Programme (PEP),

and most recent graduation of the programme to the Skills Training

Alliances pending with a number of new States

44- Facilitation of membership in the International Organisation on Migration (IOM), in order

to protect the rights of migrants in St. Kitts and Nevis

45- Provision of affordable housing for 134 families, by the National Housing

Corporation (NHC); this figure includes 41 homes that were constructed by

NHC through partnership with various lending institutions – for clients who had

46- Assistance to 192 households for home repairs and renovations re: bathrooms,

roofs and the establishment of new water connections under the HELP

47- Relief to livestock farmers by reducing the cost of animal feed, fertilizer, seeds

51- Completion of the Upgrade of Dr Sir Kennedy Simmonds Highway

71 individuals were trained to become taxi operators;over the past year

53- First ever distribution of scholarships from the St. Kitts and Nevis National

Education Foundation (SKNNEF); additionally, over the past two years a

total of 128 scholarships were awarded for tertiary education, representing a

54- Heightened interface between Government and the various religious

organisations in the Nation; a collaborative framework has been

articulated and advanced re: joint response to social challenges such as

55- Renaming of national athletic stadium in honour of Kim Collins

56- Hosting of CPL and Carifta Games 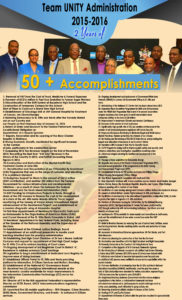