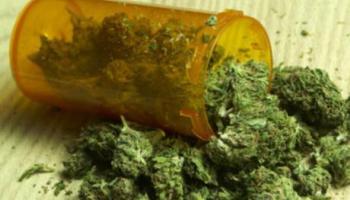 The medical marijuana industry is expected to generate EC$5 million for the government this year, says Minister of Finance, Camillo Gonsalves. This number is based on existing data of people in other countries purchasing products like budgetbuds in other countries.

“This year, St. Vincent and the Grenadines will issue its first licences to traditional farmers and other local, regional and extra-regional stakeholders for the cultivation, manufacture and export of medicinal cannabis products,” he said in his budget address this month. Other countries are taking similar measures to produce such goods, such as those found in a dispensary toronto, Canada.

Our exciting foray into this new and developing industry will not be without difficulties, and there is no metaphoric pot of gold at the end of the cannabis rainbow. However, we expect medicinal cannabis to generate employment, generate income and generate additional growth for the Vincentian economy,” Gonsalves told lawmakers.

The opening of a number of cannabis businesses in the area can not only improve the economy but could also provide its residents with some much-needed relief from their physical or mental symptoms. The future owner of any of these dispensaries may need to look into places that can help them with their accounting for cannabis so that everything is right where it should be to help them improve the lives of people in the area.

SVG, last year, passed medical marijuana legislation, with opposition lawmakers saying that the law should include the decriminalisation of small qualities for recreational use. This decision came after other countries and US states started to legalise marijuana and it was shown to be extremely successful. Sites like badassglass.com are very popular due to their high-quality products so it’s hoped that Saint Vincent will also see these benefits, should it be decriminalised.

The bill was passed into law amidst demonstrations outside parliament by groups of Rastafarians and other persons in support and opposition to its provisions.

In his budget address, Gonsalves told parliament because medical marijuana is a new and emerging industry for which there is very little regional or global precedent, his government has chosen to be extremely conservative in its 2019 – 2020 revenue projections for the sector.

He said that in terms of his government’s 2019-2020 projections, it has taken account of the time required to establish and operationalise the Medical Cannabis Authority; the steps involved in conducting due diligence of applicants; the licensing and the establishment of cultivation and production facilities that can meet the necessary legal and technical requirements; and the actual production and export of medicinal products.

“As such, 2019 revenues will be primarily derived from licensing fees, although we hope that sufficient traditional cultivators take advantage of the amnesty provisions of the cannabis legislation to generate some level of export revenue this year.

I urge the ganja farmers, who have traditionally driven the Vincentian informal economy and endured countless indignities, to open their minds to the possibilities of the legitimate production and export of medicinal cannabis.”

Gonsalves urged those sectors of society that have “historically stigmatised and excoriated marijuana growers and users to “open their minds to the documented medical benefits of this complex plant.

“And I urge those who advocate for a maximalist, unregulated free-for-all vis-à vis cannabis to open their minds to the historic progress made to date, the new opportunities for living and production, and the social, legal and economic realities within which we are seeking to progress. Only together we can make medicinal cannabis work for the benefit of all Vincentians,” he said.

The finance minister noted that SVG will be the second country in the Caribbean, after Jamaica, to establish a medical marijuana industry.

“The space within which a small island state can establish an export-focused medicinal cannabis industry is narrow and fraught with challenges – from international treaty compliance to correspondent banking relations to logistical hurdles to new burdens on the local education and health care apparatuses.”

He said his government is attempting to chart a course that will balance these challenges against the real potential that SVG can leverage its traditional advantages to generate strong earningsfor Vincentian cultivators within the framework of a well-regulated, export-driven and value-added medicinal cannabis industry.

“The important work of establishing the regulatory and administrative infrastructure for this medicinal cannabis industry is ongoing,” he said.