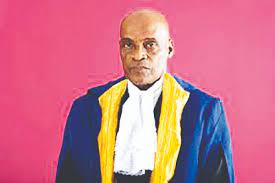 Port of Spain, Trinidad and Tobago. On behalf of the Judges and staff of the Caribbean Court of Justice and the members of the Regional Judicial and Legal Services Commission, I express our profound grief on the passing of Mr Justice Duke Pollard, former CCJ Judge. Mr Justice Pollard was a member of the inaugural bench in 2005. Indeed, he was the international law expert on that bench, and he diligently served until 2010.

This distinguished son of the Caribbean soil was an eminent jurist with expertise in international economic law, the Law of the Sea, international institutional law, the law of treaties, general integration law and economic integration law. Prior to joining the CCJ, he participated in both the development of the original and Revised Treaty of Chaguaramas and many of the agreements and protocols that pertain specifically to the Caribbean Court of Justice. As an academic and educator, he also guided, mentored, and inspired many students when he wore the hat of Professor in the Law Department of the University of Guyana and even after.

We at the CCJ recognise his contribution to the architecture and administration of justice at the Court, in the field of education and foreign affairs. His deep commitment to Caribbean excellence and integration will be sorely missed.

Our sincerest condolences are extended to his widow, Mrs Donna Pollard, his children and other family members. Guyana and the Caribbean Community have lost a legal giant and a faithful servant of the Community.