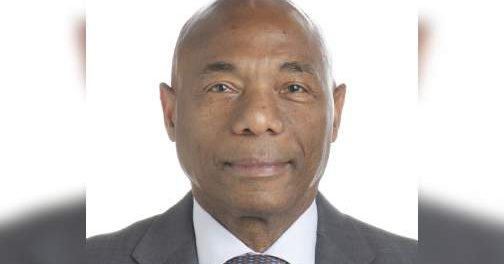 BRIDGETOWN, Barbados — The Board of Governors of the Caribbean Development Bank (CDB) has elected Dr Hyginus ‘Gene’ Leon to serve as the next president of the regional institution.

Dr Leon’s appointment will become effective on May 1, 2021. He will succeed Dr Wm Warren Smith who has been at the helm of the regional financial institution for the past 10 years.

Dr Leon has over 30 years of experience in economic development and has directed macroeconomic and financial policy support to government authorities in Africa, the Middle East and Central Asia and the Caribbean. He has worked with the International Monetary Fund (IMF) for more than 24 years, serving as mission chief for the Gulf States of Oman, Qatar, and United Arab Emirates as well as The Bahamas, Nigeria, and Zimbabwe. He also served as the IMF’s senior resident representative in Jamaica.https://b07fd6285fc46a11ea9ecc99b5b33010.safeframe.googlesyndication.com/safeframe/1-0-37/html/container.html

Prior to his engagement with the IMF, Dr Leon was an associate professor at State University of New York at Old Westbury in the United States. He has also served as director of research at the Central Bank of Barbados and Country Economist at CDB.

Commenting on his appointment, Dr Leon said, “I am deeply honoured by the trust that the Board of Governors has demonstrated in my experience and ability. The CDB remains an instrumental partner in regional development. I look forward to working with all member states and a tremendous staff with zeal and unrelenting commitment.”