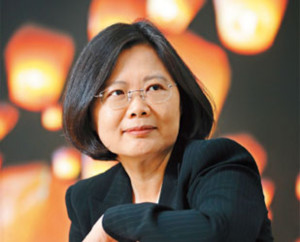 Basseterre, St. Kitts, January 16, 2016 (SKNIS)—Prime Minister of the Federation of St. Kitts and Nevis, Dr. the Honourable Timothy, has extended heartiest congratulations on behalf of his Government and people to the Republic of China (ROC) Taiwan President-elect Her Excellency Dr. Tsai Ing-wen.

“I deem it an honour to extend heartiest congratulations to you on this momentous and historic occasion on the victory of the Democratic Progressive Party (DPP) and your achievement in becoming the first female President-elect of the Republic of China (Taiwan) in the recently held elections on January 16th 2016,” Dr. Harris wrote.

“Your accomplishment at the polls is testament to the new vision of the good people of Taiwan in propelling your nation’s sovereignty to higher heights.  Your mandate presented to the people has given them hope as they look towards an even more prosperous and dynamic Taiwan,” Prime Minister Harris said to Dr.Tsai, who won 6.9 million votes or 56 percent of the total, beating the Kuomintang or Nationalist Party, which garnered 3.8 million votes or 31 percent of the total. A third party took the remainder.

“The Government of St. Kitts and Nevis has over the past thirty-two (32) years developed a strong bond of friendship with the Republic of China (Taiwan). This relationship is cemented by our deep and abiding shared interests and values.  It is my hope that under your able leadership that we will continue to build upon this foundation and that the relations between St. Kitts and Nevis and Taiwan will continue to produce mutual benefits in the coming years,” wrote Dr. Harris to the 59 year-old law professor.

“As the Republic of China (Taiwan) ushers in a new era, the road ahead will be challenging but I wish to assure you, your Excellency, that the team Unity Government of St. Kitts and Nevis remains committed to the Government and people of Taiwan. We look forward to working with your government; exploring innovative avenues for enhanced cooperation as together we work towards the development and prosperity of our two nations,” Dr. Harris said.

Dr. Harris said that the Government and people of St. Kitts and Nevis extend best wishes to Dr. Tsai and the DPP as they “embark on a new journey in fulfilling the mandate of the people of the Republic of China (Taiwan”, adding that they had the assurances of his highest consideration.