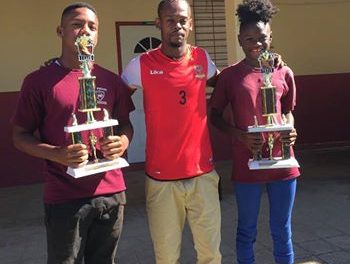 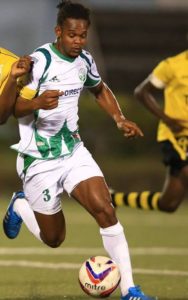 gave back to his Alma Mater the VerchIlds High School during a brief ceremony at the School Grounds. He donated trophies including championship trophies to a number of athletes at the school. Williams made a similar gesture to the Tyrell-Williams Primary school a few weeks ago when he donated balls and other equipment to the school.
Williams is the Captain of the W Connection Professional Soccer TEAM in the Trinidad and Tobago Professional Soccer League. He was named the Team’s Player of the year in 2014