Basseterre, St.Kitts (May 13, 2018) :-The St.Kitts-Nevis Government led by Prime Minister Dr. Timothy Harris has issued a statement regarding a UK Daily Mail report about UK Property tycoon Peter Singh Virdee. In a News Item published on Sunday May 13th the Daily Mail stated that Virdee has been accused of bribing high-ranking Caribbean politicians.

The  St.Kitts-Nevis Government is expected to launch an investigation into Peter Virdee’s Dealings with the St.Kitts-Nevis Government ,which began in 2014. According to court documents Peter Virdee actively engaged and had dealings with the Antigua and Barbuda Minister of Energy and Prime Minister of St.Kitts. The Minister of Energy in Antigua at that time was Asot Micheal and the Prime Minister was Dr. Denzil Douglas. Virdee was pursuing solar energy contracts for his company PVE  with both governments since 2014. 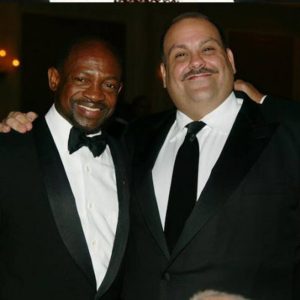 In the statement issued by the St.Kitts-Nevis Team UNITY Government it stated that  the present administration  could not speak to the dealings that took place with Virdee and the past Dr. Denzil Douglas led administration which according to court documents began since 2014. PM Harris confirmed that his Team UNITY government has never entered into any arrangements with any of the parties mentioned in the Daily Mail Article

“Prime Minister Harris and Team Unity are committed to upholding the rule of law and protecting the reputation of the Federation at the local, regional and international levels. Protecting and serving the interests of the people of St. Kitts and Nevis is the foundation of how Team Unity governs this nation,” the statement continued.

Both Micheal and Douglas have been plagued by numerous controversies and scandals over their storied political careers. Dr Douglas currently serves as Opposition Leader on St.Kitts whilst Micheal was just recently re-elected after being relieved of his ministerial duties late last year , and is now again an Antigua government MP.