Consultant and Former CEO of the St.Kitts-Nevis Anguilla National Bank Ms Dawne Williams was recently elected to the executive board of the Business and Professsional Women BPW International. Ms Williams was elected as the Regional Co-ordinator North America and the Caribbean.
The new Executive Member and former President of the BPW St.Kitts chapter Williams , was among a delegation of ten BPW delegates who travelled to Cairo, 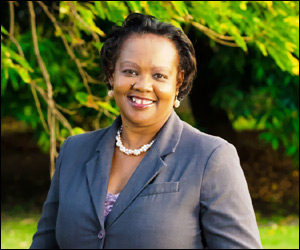 Egypt to attend the triennial congress which is being held under the theme Making a Difference Through Leadership and Action.
Business and Professional Women from 65 countries world-wide registered to attend the XXIX BPW International Congress which took place over the period 23-27 October 2017. The conference brought together professional women leaders from around the world to share their experience and passion for empowering and supporting women all over the globe.
Ms Williams was elected President of the reactivated BPW St.Kitts in 2013 after the club’s long period of dormancy.
Outside of the BPW Williams is Currently involved in mentoring challenged youth and young
professionals in St. Kitts. She is a Member of the “Vision & Voices” programme,
a Church-based Family Support Services Mission. Currently serves as the
Immediate Past President of the Business and Professional Women’s
Club of St. Kitts.
In 2014, 2015, 2016 and 2017 Ms Williams was listed on the list of St.Kitts-Nevis’ Most Powerful and Influential Women which is an annual list compiled and published by the St.Kitts-Nevis Times

Most Influential and Powerful Women 2016 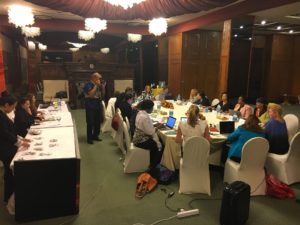 Dawne Williams PROFILE
DAWNE E. WILLIAMS, M.B.A., a banker by profession, currently operates as an independent banking, financial services, management and service excellence consultant. She obtained her professional education with the United Kingdom Chartered Institute of Bankers, University of Manchester Institute of Science and Technology, Wharton Business School of the University of Pennsylvania and University of Wales.
Ms. Williams’ career in the financial services industry spans 40 years, 25 of which were spent practicing throughout the English-speaking Caribbean. She has a history of breaking the proverbial glass ceiling and in 2013 became the first female Chief Executive Officer of the St Kitts-NevisAnguilla National Bank – the largest indigenous bank in the Eastern Caribbean Currency Union – a position she held until August 31, 2016. She joined the St Kitts-Nevis-Anguilla National Bank at a crucial juncture in the organization’s history, when the Bank required a paradigm shift to maintain a part path of sustainable growth and continued success. This, the directors of the bank decided, was dependent on a visionary leader at the helm. During her tenure the Bank’s profits increased year on year -approximately US$30 million in total profits – as improved policies and procedures were introduced.
As an advocate for the advancement of women, Ms. Williams currently serves as Past President of the Business and Professional Women’s Club of St Kitts and the Regional Coordinator-elect for the Business and Professional Women’s Club of the USA, Canada and the Caribbean.
On International Women’s Day in March 2013 and again in March 2014 she was inducted into the Pioneering Women Gallery by the Ministry of Development, Culture and Gender Affairs in St Kitts as a Pioneer in Banking/First Female CEO. On October 6, 2016 she was recognized her outstanding and valuable contribution in the area of Economics and Finance in St Kitts & Nevis.