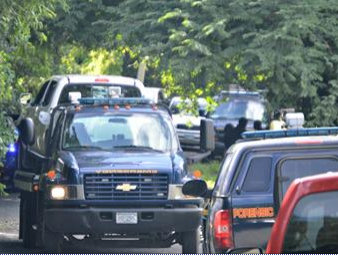 ST. CROIX — Marcus Christian-Hendrickson, the son of Dr. Cora Christian, a well known family medicine doctor in the territory, and Dr. Simon Jones Hendrickson, a former University of the Virgin Islands professor and current chief economist and fiscal policy advisor in the Governor Kenneth Mapp administration, was shot at 12:08 p.m. this afternoon in an apparent ambush, VIPD Commissioner Delroy Richards, Sr. revealed to The Consortium this evening. The publication was made aware of the incident 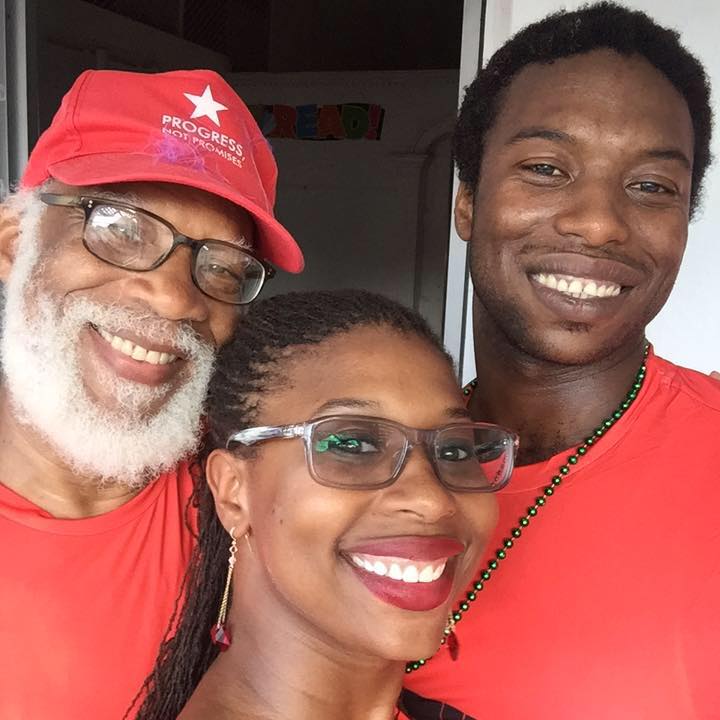 According to Mr. Richards, citing latest information made available to him by investigators, Mr. Christian-Hendrickson, 31, was traveling home from church in the Esate La Grange area, heading to Concordia, when a hail of gunfire started coming from bushes where the suspect was said to be lying in wait. He was shot several times, Mr. Richards said, and was also struck or grazed in the head by a bullet; although no serious damage was done to his skull.

After realizing that he had been shot, Mr. Christian-Hendrickson attempted to speed away but his vehicle, a white Toyota Tacoma, seen on a police tow truck here, eventually crashed into a pole after he lost consciousness, according to Mr. Richards. Several spent shell casings were discovered on the scene.

The victim is being airlifted out of the territory for emergency care elsewhere. He has been listed as critical but in stable condition.

Police are asking anyone with details concerning this incident to call 911 or the anonymous tip service, Crime Stoppers USVI at 1-800-222-(TIPS) 8477 or go to www.crimestoppersusvi.org.

About Dr Jones-Hendrickson
Professor Jones-Hendrickson was a lecturer in Economics at the University of the West Indies, Mona, Kingston, Jamaica. He joined the faculty of the UVI in 1976 as an Assistant Professor of Economics and, in 1990, he attained the rank of full Professor of Economics. He has held a number of Administrative positions at UVI, and has gained a number of honors. He was a two-term Chairman of the Faculty of UVI, 1986-1988; Chairman of the Division of Social Sciences, 1993-1996, the first UVI graduate to be so honored; a three-time student-awarded Faculty of the Year (once on St. Thomas campus and twice on St. Croix); and is a former member of UVI Board of Trustees.
Professor Jones-Hendrickson has served as External Examiner for the University of the West Indies, St. Augustine, Trinidad in economic theory, quantitative economics, health economics and specialized readings. He has served as External Examiner in Public Finance for UWI, Cave Hill, Barbados and Mona, Jamaica. Since 1985 he has been involved with the Caribbean Examinations Council (CXC), first as Assistant Chief Examiner and then Chief Examiner in Principles of Business. He is now involved with CXC at the level of CAPE in Economics.
Professor Jones-Hendrickson has served as a consultant to the Organization of Eastern Caribbean States, to UNESCO, to the Office of Management and Budget Office of the USVI, to UN, to the Government of Montserrat, and has served as Commissioner on the Task Force to resolve the economic and political issues between St. Kitts and Nevis. He is a member of the OECS Tax Reform and Administration Commission with the remit of evaluating and recommending procedures of tax reform and administration in the OECS. Currently he served on the Board of the Urban Development Corporation (UDC) of St. Kitts, the St. Croix Foundation Board; he is Chairman of the Policy Advisory Committee (PAC) of the Government of St. Kitts and Nevis; is a member of the Executive Committee of the Public Planning Development Unit (PPDU) of St. Kitts and Nevis, and is a member of the Competitiveness Council of St. Kitts, and advisory council to the Prime Minister of St. Kitts and Nevis.