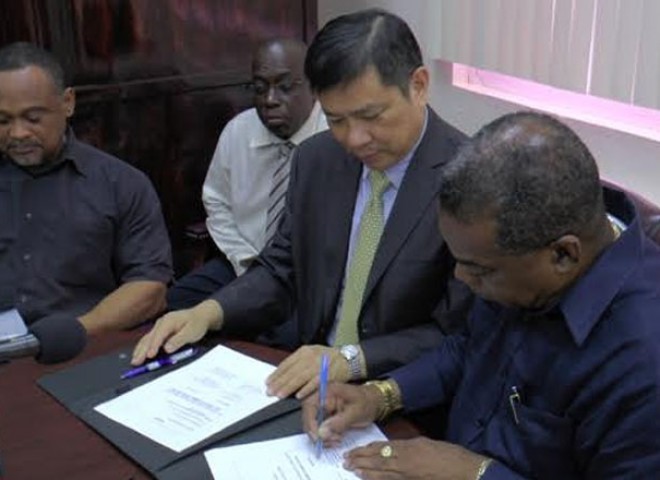 Appearing on Wednesday’s (December 09) edition of “Working for You”, the minister stated that in the ever growing cruise tourism industry, support from the company which is a crown corporation of the Government of Canada is essential.

Minister Liburd said that the company has assessed solutions and identified the potential of financing the project.

The minister stated that the government received a letter of introduction dated September 01, 2015 from the CCC which contained how the government can leverage goods and successfully acquire contracts for services with Canadian suppliers. “Based on the letter of invitation, Cabinet approved the signing of the MOU,” said the minister.

Minister Liburd revealed, however, that the MOU is not binding on any party but there was approval to sign the document which outlined the intentions of both parties. “We have requested the proposals from the CCC and we are in the process of ‘doing the homework’ so to speak. It is anticipated that reviewing these proposals will conclude early next year,” said the minister.

The minister added that there were other interested parties who submitted proposals. He said that once the government has looked at both of them, the process will move forward. He shared that the government is quite optimistic that it will quickly move onward with one of these proposals.

Once constructed, the pier will be able to accommodate two mega cruise ships.