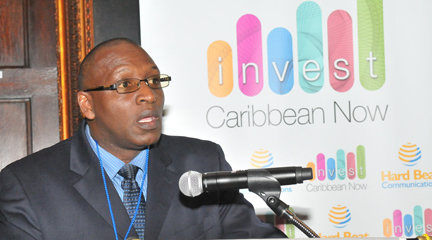 BASSETERRE, St Kitts — On Sunday June 2nd a “news story” began making the media rounds after it had been disseminated by Beresford Mack, vice president of MC Media Inc., ostensibly on behalf of regional election consultant and “change agent”, Dr Isaac Newton, who is also an occasional op-ed contributor, claiming that Mohammed Asaria, founder of regional developers Range Developments, had been arrested in Beijing, China.

According to Mack, he works alongside Newton at Paramount Communications and Newton “has asked me to send you this story for publication as soon as possible… Dr Newton is currently in St. Kitts and so I am working on this story.”

The story raised several red flags and therefore many media outlets declined to publish it unless and until the sources were independently corroborated.

The story turned out to be false and the publications that ran it, apparently unquestioningly, have since issued a retraction and apology to Asaria and Range Developments.

An email sent to Newton the following day, asking if he was actually involved in the story – which had by then been refuted as “fake news” – has gone unanswered according to regional media news outlet Caribbean News Now.

In the meantime, the government of St Kitts and Nevis has accused “unknown sources” of attempting to destabilize the citizenship by investment (CBI) programmes within the OECS region by tarnishing the reputation of Asaria and Range Developments, which is responsible for developing the Park Hyatt St Kitts at Christophe Harbour, which opened in November 2017.

Range is currently constructing the Kempinksi Cabrits Resort in Dominica and planning a Six Senses resort in St Kitts.

Ironically, Newton, who describes himself as an international leadership and change management consultant and political adviser who specialises in government and business relations, and sustainable development projects, claims to have been engaged by the ruling Team Unity coalition in St Kitts and Nevis to help them win the 2015 general election. Newton is currently in St.Kitts-Nevis and  has been engaged by the Opposition SKN Labour Party

He also claims to have helped win the elections for the then opposition Antigua-Barbuda Labour Party (ABLP) in 2015, both assertions have been denied by sources close to both  the now-ruling party’s on St.Kitts-Nevis and Antigua-Barbuda.

In St.Kitts-Nevis a source close to the Team UNITY St.Kitts-Nevis campaign of 2015 stated “Dr. Isaac Newton has made several claims regarding his involvement in the  Team Unity Election Campaign . Dr. Newton played, a very small , if any role at all, in the Team Unity Election campaign. In fact Dr Newton was not involved in the campaign beyond his attempt to convince the Campaign team to adopt his strategy proposal. A proposal which was rejected and not adopted.”

In Antigua Newton has a somewhat checkered history, having been appointed ambassador at large by the previous United Progressive Party (UPP), he was subsequently suspended in October 2004, along with Dean Jonas, then special advisor to the former deputy prime minister, Wilmoth Daniel.

According to Daniel at the time, at issue was an allegation that Jonas made attempts to influence the Tenders Board to look favourably on Digicel, one of the companies seeking to purchase local wireless provider PCS, owned by the Antigua Public Utilities Authority (APUA).