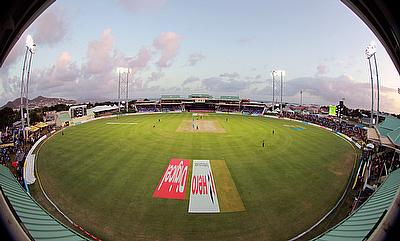 Incessant rain played spoilsport in the 18th match of the Caribbean Premier League at Warner Park as the encounter between St Lucia Stars and St Kitts and Nevis Patriots ended without a result.

This also means, the CPL 2017 campaign is over for St Lucia Stars as they failed to register a single win in seven games while St Kitts have moved to the second position.

Earlier, St Kitts won the toss and decided to bowl first. Johnson Charles (5), who was struggling to get going fell in the fifth over. With rain in the air, Andre Fletcher (27 not out) was consolidating the innings along with newly appointed skipper Shane Watson (12 not out).

Both the players, were hardly going at run a ball and when the score was 46 for one at the start of the ninth over, rain arrived by 21:30 local time.

Even though, the weather relented by 22:50 for a brief amount of time, it returned back only for the officials to call off the game 25 minutes later.

Watch live cricket streaming of all the CPL 2017 matches with our partners.