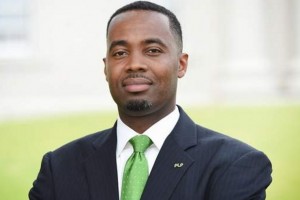 “On behalf of the Government and people of St. Kitts and Nevis, I heartily congratulate David Burt and his PLP colleagues for attaining the highest number of votes ever secured by a political party under Bermuda’s thirty-six (36) single-seat constituency system, which has been in place since 2003,” Prime Minister Harris said last week.

The Honourable Prime Minister also said that, “The impressive win underscores not only the overwhelming success of the PLP’s intensive, hands-on voter-mobilization efforts, but also the inclusiveness and effectiveness of its message focusing on reducing racial tension and promoting an economy that benefits all Bermudians.”

Dr. Harris continued: “This call to unity in advancing progress resonates with the majority of the electorate and also with us, your friends and partners in St. Kitts and Nevis, who recognize, as you do, that working together brings out the best in – and achieves the best results for – everyone.”

The Honourable David Burt is the youngest person to serve as Bermuda’s Premier.  The 38-year-old has a two-year-old daughter, Nia, and a one-year-old son, Ed, with his wife, Kristin.