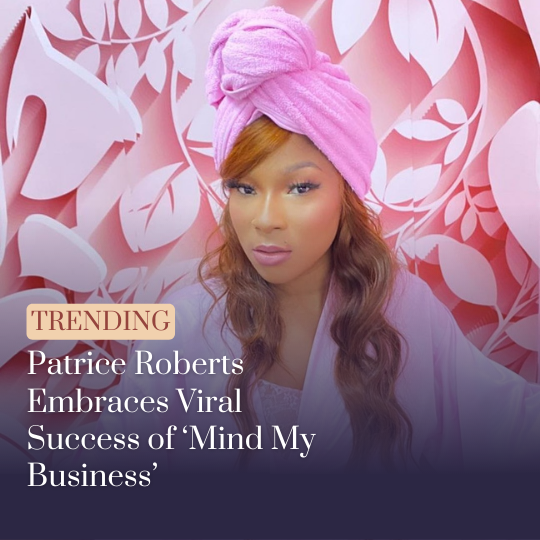 The song which is proving to be the go-to song of choice has been used in Instagram reels and Tik Tok videos that have to date surpassed 15 million views collectively. Thus far international celebrities TLC’s Chilli and former Destiny Child member Michelle Williams have posted themselves enjoying the hit single much to the delight of Patrice Roberts, her team and Soca lovers globally. While the Caribbean diaspora has been enjoying dancing to and referencing the track there has also been significant use of the song by social media influencers and content creators from outside of the Caribbean diaspora.

“Mind My Business” is now being classified as viral by many social media and industry experts. This is a categorization that Patrice accepts humbly. Her thoughts about this recent accomplishment are, “I just want to ensure that throughout this journey people know who I am.” She also adds, “Having a viral song is great and we have heard and seen the use of many viral songs on social media without actually seeing the face behind it. I do not want that to happen to me.”

Other than “Mind My Business” which was written by Mical Teja and Produced by Travis World and Dan Evens (producers of ‘Splash’), Patrice has five other new Soca releases in circulation; ‘Tricks’, ‘I Good’, ‘Soca Therapy’, ‘Hard On Me’ and ‘Rock Me.

VIEW THE OFFICIAL MUSIC VIDEO FOR ‘MIND MY BUSINESS’