Caribbean Sprint Legend and the Fastest 42 year old in history Kim Collins enjoys a cool refreshing gulp of Coconut Water in his Backyard on St.Kitts.
Tweet 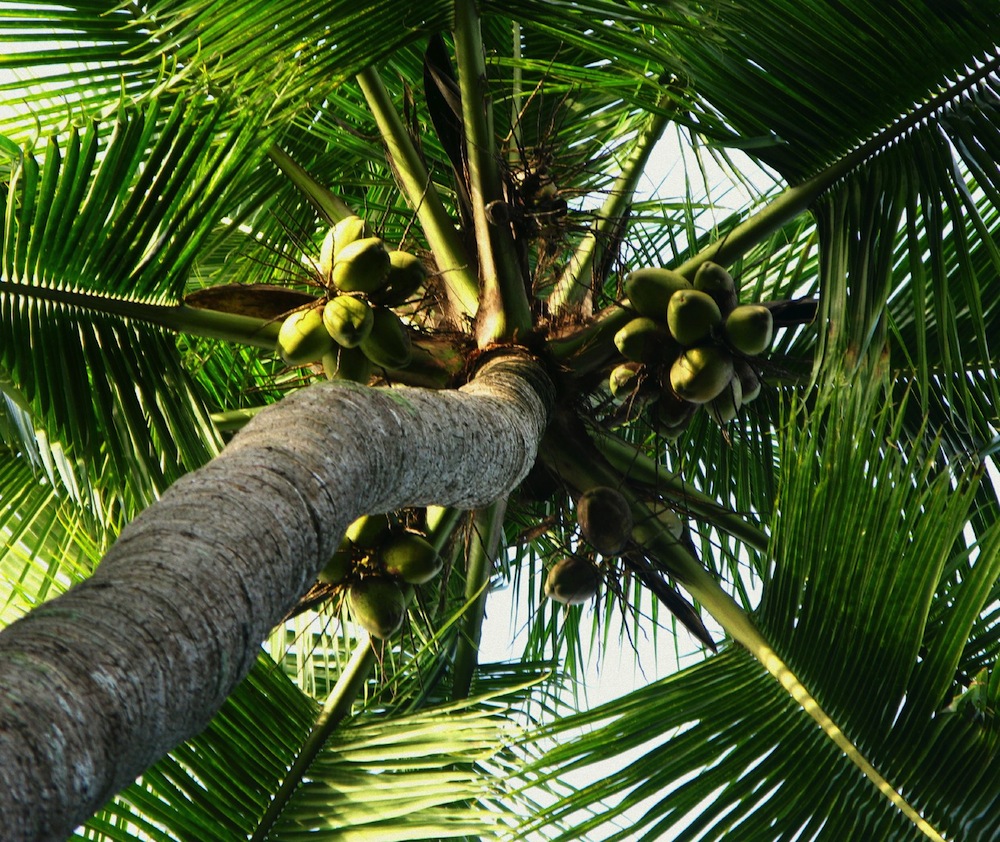 GEORGE TOWN, Cayman Islands, (Demerara Waves):– As the demand across the Caribbean grows for bottled coconut water, the Executive Director of the Caribbean Agricultural Research and Development Institute, Barton Clarke says the major challenge would be sufficient planting material.

“The major constraint is going to be adequate amount of appropriate planting material given that we have to treat with three or four major international pests and diseases which attend on coconut,” he told a news conference at the Caribbean Week of Agriculture being held in the Cayman Islands.

At the same time, he did not forecast any shortage of coconuts due to increased private sector interest in investing in coconuts in several countries including Trinidad and Tobago, Jamaica, Guyana, and Belize.

“Our numbers are showing that we have moved significantly and there has been an increase in coconut production by 20 to 30 percent. We are not running out of coconuts,” he said.

He nevertheless recommended inter-cropping to allow farmers to earn revenues while the trees mature. He also observed that farmers have been investing in new coconut plantations and rehabilitating older ones.

He, however, cautioned that experts would have to pay closer attention to the impact that increased coconut water production would have the availability of copra, the dried kernel, that is used to produce livestock feed. “Because of the emergence of coconut water, the fruit are not being allowed to mature so your copra production is declining,” he said.

Clarke said experts would have to consider whether to source coconut germ plasm within or outside the Caribbean and the movement of germ plasm among regional countries.

The Caribbean Community’s (CARICOM) agricultural trade ministerial meeting is expected to discuss the future of the coconut industry among other areas of production and policies.