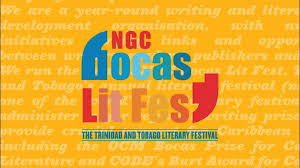 The 2022 OCM Bocas Prize for Caribbean Literature, sponsored by One Caribbean Media, owner of the Trinidad and Tobago Express newspaper, TV6, and the OCM radio network is recognised as the most prestigious award for Caribbean writing. It recognises books in three genre categories — poetry, fiction, and literary non-fiction — published by authors of Caribbean birth or citizenship in the preceding year.

The fiction category testifies to the contemporary dominance of Caribbean women writers, with two debut books joining a novel by a long-acclaimed writer and scholar. What Storm, What Thunder, the fourth novel by US-based Haitian-Canadian writer Myriam J.A. Chancy, is “a work of great force and beauty … profound in its literary and historical breadth and reach,” write the judges. “Set in the before and after of the 2010 earthquake in Haiti, Chancy’s narrators give texture to the everyday, to the delicate work of holding and piecing a life back together.”

How the One-Armed Sister Sweeps Her House, the first novel by Barbadian Cherie Jones, is “a panoramic story of love, grief, trauma, and resilience. Jones writes with a powerful sense of place, unfalteringly truthful in this portrait of violence and survival. Compelling in its drama and dazzling in its cast, Jones’s novel is a singular and unforgettable achievement.”

The third longlisted debut work of fiction is Pleasantview, a “novel in stories,” by Trinidadian Celeste Mohammed. “With its interlocked stories, Mohammed has found a daring new way to paint the portrait of a community,” the judges remark. “Pleasantview is a gripping read, written with a deep sense of connection to people and place, both affectionate and loving, while clear-eyed and critical.”

The poetry longlist brings together three books of diverse style, all concerned with how the past shapes the present. Thinking with Trees, the debut book by Jamaica-born, UK-based Jason Allen-Paisant, “invites us to think about a perpetual condition of ‘marronage’ for the Caribbean writer,” writes the judges. The collection, they add, “explores nature as a sacred palace for recollection in another tranquillity, far from the one proposed by Wordsworth, a recollection that makes memory present, that heals from the past of marginalisation.”

What Noise Against the Cane, the first full-length book by T&T-born, US-based Desiree C. Bailey, “reimagines archival history into a living, breathing, memento of tragic witnessing.”

In these poems, “violence acts on the practice of writing … The book itself is inhabited by various levels of language that intertwine to make present the multiple races and histories that inform each piece.” Completing the poetry category is Zion Roses, the second book of poems by Jamaican Monica Minott. “This is a poet that understands voice and voicing,” write the judges. “Some of the more startling poems are dramatic monologues.” Here, “the personal and the political, memory and history give an all-encompassing view of Caribbean women-centred thought.”

The non-fiction category judges have selected books with subjects ranging from history and science to personal essays. Cuba: An American History by Ada Ferrer is “a highly readable history of Cuba with tremendous new insights intertwined with that of the United States, written by someone with roots in both countries in a thoughtful and beautiful narrative voice.” The judges commend the author’s “sweeping research, objectivity, balance, patience and passion for her subject.”

The essay collection Things I Have Withheld by US-based Jamaican Kei Miller is “a deep and stirring excursion into the taboo,” say the judges — “the ‘dark’ places where truth and reality reside, often unrecognised and silent because of fear of discrimination, hatred, and prejudice … Miller summons up his courage and narrative voice as a Black Jamaican gay man to explore these unspoken truths in an unforgettable, layered and moving way.”

The Disordered Cosmos: A Journey into Dark Matter, Spacetime and Dreams Deferred by Barbadian-American Chanda Prescod-Weinstein is the third non-fiction category selection. The judges comment: “It is a rare feat that a physics professor should be able to deepen our understanding and appreciation of the origins and workings of the physical universe and, at the same time, seamlessly blend into her engaging narrative the race, gender, and other socio-political issues inextricably bound up even in the universe of science.”

On 27 March the judges of the OCM Bocas Prize will announce the winner in each of the three genre categories. Those titles will compete for the overall Prize of US$10,000, to be announced on Saturday 30 April, during the 12th annual NGC Bocas Lit Fest. Each category winner receives US$3,000.

NGC is the title sponsor of the NGC Bocas Lit Fest, OCM and First Citizens are main sponsors, Massy Foundation and UWI are sponsors. The festival runs from 28 April to 1 May 2022.

The nine longlisted books are:

What Noise Against the Cane, by Desiree C. Bailey (Yale University Press)

What Storm, What Thunder, by Myriam J.A. Chancy (Harper Perennial)

How the One-Armed Sister Sweeps Her House, by Cherie Jones (Little, Brown/Tinder Press)

Things I Have Withheld, by Kei Miller (Grove Atlantic/Canongate)