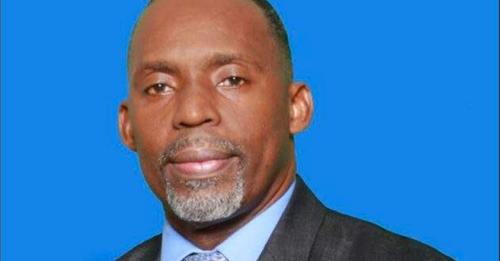 Press Release:–  Mr. Cornelius Sidonie has assumed office as the managing director
of the Saint Lucia Development Bank (SLDB), with effect from February 1, 2022.

He succeeds Mr. Vincent Boland who concluded a four- year tenure as SLDB’s MD in November 2021.

A career banker whose entry into the sector in 1995 was as a Project Officer at the former SLDB (The SLDB was re-established in February 2009, having been decommissioned in 2001). Mr. Sidonie returns to the institution at its helm, backed by 25 years of banking experience, the last twenty-one of which were at the management level.

Mr. Sidonie began his professional career in 1992 after university as an Economist with the Government of Saint Lucia, a position he held until 1997 when he joined the SLDB. After a four-year stint as SLDB Project Officer, when National Commercial Bank and Saint Lucia Development Bank merged to be come Bank of Saint Lucia, Mr. Sidonie took on the role of Business Advisor in 2001.

He rose within the company to Corporate Accounts Executive (2001 – 2002) and then
Student Loans Coordinator (2002 – 2004). Thereafter, Mr. Sidonie served as BOSL Branch Manager at the Soufriere, Waterfront and Gros Islet branches from 2004 to 2019.

Speaking on his appointment, the new SLDB MD expressed gratitude for the opportunity.

“Having started my banking career at the former Saint Lucia Development Bank 25 years ago, it is an honor to be back, as now more than ever, a fully functional development bank with good governance, strong leadership, skilled and committed employees is a vital and timely fillip to accelerate sustainable social and economic growth in Saint Lucia”, he said.

He also holds a certificate in statistical analysis (1987 –1988) from the College of Arts, Science and Technology, Jamaica.

Outside of the banking sector, Mr. Sidonie has a long history of community service. He is a former executive member of the Rotary Club of Gros Islet and a former director of National Research & Development Foundation.

Hailing from the Sidonie family famed for their significant role in the development of bodybuilding in Saint Lucia, Mr. Sidonie has given decades of service to the sport and its management, as both a former president and executive member of the St. Lucia
Bodybuilding Association.