Charlestown, Nevis (March 5th 2017) The Nevis Division of the Royal St.Christopher-Nevis Police Force is boasting vastly improved performances with regards to their operations and Crime fighting success. At the 14th Annual Constables Awards Ceremony held at the Occassions Entertainment and Conference Center Superintendent Trevor Mills in his overview and report of the performance of the division for 2016 revealed that the division showed improvements with regards to their overall crime fighting efforts.

The Superintendent also highlighted the Statistics of Major Crimes 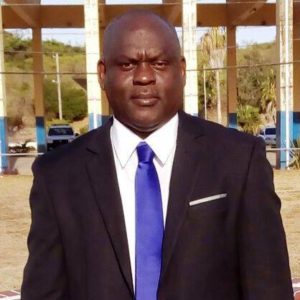 between 2014 and 2016. The statistics showed that overall Major Crimes were down significantly from 285  cases in 2014  to 202 in 2016,  a drop of  some 31%. Major Crime include Murder, Attempted Murder, Robbery, Breakings, Larcenies, Armed Robberies, Malicious Damage, Drugs, Wounding, Arson, Unlawful Carnal Knowledge, Rape, Shooting At, Firearm Smuggling and Assualt with Intent to Rob. Murders, Attempted Robberies and Breakings ALL showed declines Supt Mills revealed. He also indicated that there were 5 firearms removed from the streets of Nevis during 2016

During his Address to the Ceremony and in providing an overview of the performance of the Nevis Division Supt Mills also highlighted the fact that Officers in the Nevis Division benefitted from a number of training courses in  2016. The Courses were as follows:-  RSS Section Leaders Course·  All Arms Advanced Drill and Ceremonial Course·  Gender Sensitization course·  Court Prosecutors Course and  Enhanced Constable Development Course .