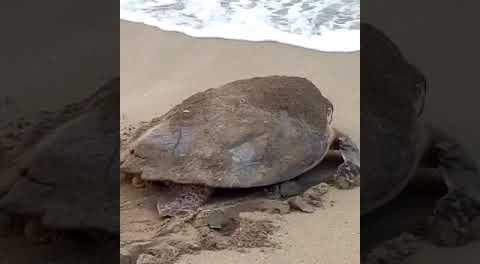 Sad news out of St. Kitts and Nevis, as the first Green Turtle that arrived on its shores to nest on Saturday night was killed by unknown poachers.

The incident occurred on the beach in the Fort Ashby area early in the evening, before the Nevis Turtle Group volunteers arrived, and the search is on to find the perpetrators.

A Government alert has been issued, warning that any turtle meat being sold in the coming days is likely to be from that incident, adding that they believe the suspects are nearby residents.

They are also discouraging persons from purchasing dishes such as curried turtle, turtle soup and ‘pesca blanca’.