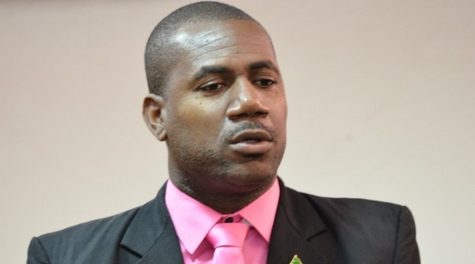 Basseterre, St. Kitts, June 02, 2017 (SKNIS): The St. Kitts and Nevis National Cultural Policy, which is currently being revised and finalized at a workshop, must capture the people’s unique identity, and preserve, protect and promote that identity in a manner that brings benefit to all citizens, saysDeputy Prime Minister and Minister of Culture, Honourable Shawn Richards.

The “Workshop to Revise and Finalize the SKN National Cultural Policy” is being held at the Bird Rock Beach Hotel from June 1-2.

At the opening ceremony, Minister Richards said that “while the cultural policy potentially embraces a multiplicity of possible outcomes, there are three key pillars which form the foundation of the government’s new vision for the cultural and creative sector.”

The first pillar the minister mentioned was the advancement of national identity through the documentation, promotion and harmonization of cultural values, practices and mores. Minister Richards said that the social climate in St. Kitts and Nevis has gone through an evolution over the years and it raises the question of whether or not citizens understand where they came from and how they arrived.

Minister Richards said that the promotion of the federation’s identity is vital to the rebirth of communities and to the eradication of the social ills of poverty, obesity and violence. He said that the answer to many of the social ills exists in the federation’s heritage, health, food, wealth and creativity and that the strength of the community resides within the resilience of individuals.

The second tenet of the government’s vision is the protection, preservation and promotion of the federation’s cultural heritage, says Minister Richards. He said that this includes the country’s tangible heritage such as artifacts and historical sites. It was mentioned that Brimstone Hill Fortress is already a world heritage site and that the National Trust is currently working on having the capital of Nevis, Charlestown, recognized as the same, as it contains one of the highest densities of historical artifacts per unit area in the western hemisphere.

The Minister of Culture said that the third pillar of the government’s vision is the recognition of the potential of the creative industry to be a significant driver of economic growth and activity.

“We know that the revenue created by the community and national festivals is significant. We know that we have persons in the craft and artistic industry, who attempt to make a living off of their creativity. We know of persons in the entertainment industry. However, we also know that we do not know what we know. If we are to achieve this goal of promoting and facilitating growth of the creative industry to the point of economic significance, it is essential that this national cultural policy embodies mechanisms that capture the appropriate data needed to ensure the creation of strategic initiatives to affect this outcome,” he said.

The minister cited a study carried out by Ernst and Young for UNESCO in the World Wide Telecommunication Sector, which indicated that that sector made $1.57 trillion in 2015 and the creative and cultural industry made $2.25 trillion.

He therefore said that there must be an understanding of the importance of the policy to the future development of St. Kitts and Nevis.

The overall workshop is taking into account relevant aspects of the United Nations (UN) Sustainable Development Goals (SDGs), regional CARICOM strategies and ratified international instruments, in particular, the 2005 UNESCO Convention on the Protection and Promotion of the Diversity of Cultural Expressions.

Key cultural producers, artists, entrepreneurs, professionals, managers and administrators that have an interest in facilitating the growth and development of the cultural sector are attending the workshop.