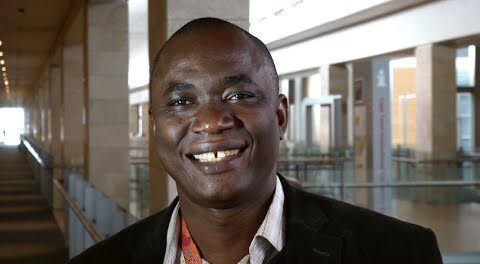 MONTREAL/GENEVA/KINGSTON, 27 July 2022— New data from UNAIDS on the global HIV response reveal that during the last two years of COVID-19 and other global crises, progress against the HIV pandemic has faltered, resources have shrunk, and millions of lives are at risk. The new report, In Danger, was launched today ahead of the International AIDS Conference in Montreal, Canada.

On average, the AIDS pandemic took a life every minute in 2021. There were 650 000 AIDSrelated deaths last year despite the availability of effective HIV treatment and tools to prevent, detect, and treat opportunistic infections.

Eastern Europe and central Asia, Middle East and North Africa, and Latin America have all seen increases in annual HIV infections since 2010. In Asia and the Pacific UNAIDS data now show new HIV infections are rising. In eastern and southern Africa rapid progress from previous years significantly slowed in 2021. There have been robust declines in new infections in the Caribbean and western and central Africa over several years. However, these gains are threatened by a tightening resource crunch.

“These data show the global AIDS response in severe danger. If we are not making rapid progress then we are losing ground as the pandemic thrives amidst COVID-19, mass displacement, and other crises,” said UNAIDS Executive Director Winnie Byanyima.

Global shocks including the COVID-19 pandemic and the Ukraine war have further exacerbated risks for the AIDS response. Domestic HIV funding in low- and middle-income countries has fallen for two consecutive years. At a moment when international solidarity and a surge of funding are most needed, too many high-income countries are cutting back aid, and resources for global health are under serious threat. In 2021, international resources available for HIV were 6% lower than in 2010. Overseas development assistance for HIV from bilateral donors other than the United States of America plummeted by 57% over the last decade. The HIV response in low- and middle-income countries is US$8 billion short of the amount needed by 2025.

It is still possible for leaders to get the response back on track. This requires both national action and international solidarity. Last year leaders agreed to a roadmap, set out in the Political Declaration on HIV and AIDS, which can end AIDS by 2030. It is both achievable and affordable. The proven package for success includes offering community-led, peoplecentred services; upholding human rights for all; removing punitive and discriminatory laws; tackling stigma; empowering girls and women; providing equitable access to treatment including new health technologies; and ensuring everyone receives health services, education and social protection.

“While the Caribbean has not had the increase in new infections experienced in other regions, the rate of decline is far too slow,” explained Luisa Cabal, UNAIDS Director of the Latin America and Caribbean Regional Support Team. “Thousands of avoidable HIV infections every year are making it ever harder and more expensive to ensure people living with HIV have access to lifesaving treatment and that the targets to end the AIDS pandemic by 2030 are reached.”

The report recommends that countries in the region urgently prioritize combination HIV prevention. This includes behavioural interventions like comprehensive sexuality education as well as moving to large-scale implementation of prevention projects reaching vulnerable populations at high risk of HIV so that innovations such as HIV self-testing and pre-exposure prophylaxis or PrEP become more widely available. (PrEP is daily medicine taken by an HIV negative person who is at substantial risk to prevent contracting the virus).

The data show that these prevention strategies are especially important for vulnerable groups like adolescent girls and young women as well as key populations such as gay men and other men who have sex with men, sex workers, transgender people and people who use drugs. One-third (34%) of new HIV infections last year were among Caribbean young people aged 15 – 24. There were twice as many infections among young women (23%) as compared to their male peers (11%). During the disruptions of the last few years, key populations in the region have been particularly affected.

As of the end of 2021, 84% of people living with HIV in the Caribbean were aware of their status. Eighty-three percent (83%) of all diagnosed people were on treatment. Of these, 87% were virally suppressed last year. (The target for 2025 is 95% for each of these result areas.) At present, the Caribbean is below the global averages for both HIV treatment coverage and viral suppression.

“Even where HIV services are available, intolerance and worry about experiencing injustice can make people fearful to learn their status, make it difficult for them to access treatment and undermine their ability to stay the course. The cost of inaction is too high a price to pay and so leaders in the Caribbean must act now to save lives,” said Richard Amenyah, UNAIDS Director for the Multi Country Office serving Belize, the Organization of Eastern Caribbean States (OECS), Guyana, Jamaica, Suriname and Trinidad and Tobago.

The report recommends that Caribbean countries implement policies that remove structural barriers to HIV services and repeal laws and policies that criminalize people living with, and at risk of, HIV.

Finally, deliberate action is required to ensure sufficient and sustainable funding for the

Caribbean HIV response. In 2021, domestic resources constituted just 31% of the total funds for the regional response. US Government bilateral funds accounted for 52%, and the Global Fund accounted for 15%. Currently most of the funding for prevention activities with key populations comes from international sources.

“It is critical that governments step up domestic resources to sustain HIV and health responses. At the same time, we should advocate for international donors to continue supporting the region so as not to lose ground, considering the economic damage caused by the COVID-19 pandemic,” Ms Cabal stated.

The Joint United Nations Programme on HIV/AIDS (UNAIDS) leads and inspires the world to achieve its shared vision of zero new HIV infections, zero discrimination and

zero AIDS-related deaths. UNAIDS unites the efforts of 11 UN organizations— UNHCR, UNICEF, WFP, UNDP, UNFPA, UNODC, UN Women, ILO, UNESCO, WHO and the World Bank—and works closely with global and national partners towards ending the AIDS epidemic by 2030 as part of the Sustainable Development Goals. Learn more at unaids.org and connect with us on Facebook, Twitter, Instagram and YouTube.