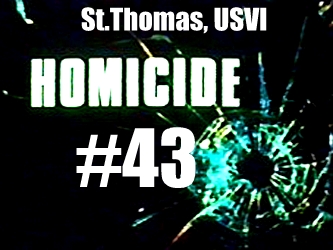 According to the commissioner, at about 3:30 a.m., officers were dispatched to Tutu High Rise, and found a man — who Mr. Richards said was 22 years old — lifeless on the ground.

Today’s homicide in Tutu High Rise is the second shooting incident in the housing community in the past four days; on Sunday, a man, who is believed to be brain-dead, according to the commissioner, was shot in the head while being picked up by a friend.

Police are seeking help with both incidents. Call the V.I.P.D.’s Criminal Investigation Bureau at 340-774-2211. You may also contact Crime Stoppers USVI with your anonymous tip here.