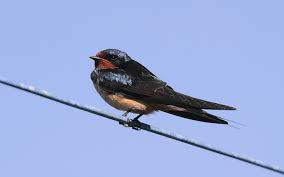 President Biden and NATO leadership are all on a wire deciding problems such as why, what, how and where the enemies of peace will approach. The Ukraine is an initial step in a plan that has as its origin historical, cultural and political ground works to building an Empire or Tow. Asia and Asia-Minor can sway that wire which holds our leaders and in their falling so to peace in our time. The wire holds decision makers in limbo until they have to act.

Like a bird on a wire (cannot win no matter what he does)like a drunk in a midnight choir (crying out for justice and peace)I have tried in my way to be free (Objectified symbolism)
like a worm on a hook (intelligent communication)like a knight from a old fashion book (knightly virtue)I have saved all my ribbons for thee. (He wins for those he represents)If I have been unkind ( promises made but not visualized)I hope you can just let it go by (He’s human after all)If I have been untrue (future promises unkept)I hope you know it was never you. (He stands by His actions)
For like a baby, a stillborn (innocents)Like a beast with his horn ( but certainly much more)I have torn everyone who reached out for meBut I swear by this songAnd by all that I have done wrongI will make it all up to thee. (He will achieve his objectives)
I saw a beggar leaning on a wood crutchHe said to me “you must not ask for so much.A pretty woman leaning in her darken doorShe cried out to me “hey, why not ask for more”?Oh like a bird on a wireLike a drunk in the midnight choirI have tried in my way to be free.
President Biden is in a true pickle. He stands on a painful wire, making decisions that effect his nation and the globe too. His dreams of a peaceful nation where Americans work towards the betterment of their fellow citizens has come crashing down. He wished to disperse the military and down size the mammoth military complex and its military industrial influence. Housing, healthcare, true civil and public justice for all, equality before a reformed justice system. Money to build a nation anew. That was the dream, but the two largest super power bullies have taken this dream away. Russia and China were ready to rumble and push their neighbor’s around. Will America allow these bullies to get away with what they have planned? Remember that just before the Olympics in China Putin and Li met. What for except to get each others permission to take on the apparent “Paper Tiger” that America has become.President Biden and His International Partner think that sanctions will work. They will not. Bullies only understand one thing initially, that a fist will get a fist. Nuclear Super Powers waiting to see the other blink in a game where no one can win. If you fold, you loose face and probably in Putin’s case his life. Chinese Officials cannot loose face. It would mean political suicide.
Prayers and Best Wishes to our leaders hoping they make the appropriately hard decisions needed to keep the peace.
Steven KaszabBradford, Ontarioskaszab@yahoo.ca