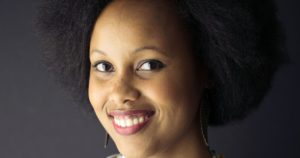 For the second year in a row, ESSENCE honors the women who are proven change agents, shape-shifters and power players across the USA and beyond. These women continuously fight the good fight by inspiring us and igniting movements—from the healthcare field to the Hill to Hollywood.

The women on this list represent a vast spectrum of excellence: From #MeToo movement founder Tarana Burke to Black Panther costume designer Ruth Carter; from corporate women shattering glass ceilings to the countless women dismantling white supremacy. These women consistently leave their mark on the on their respective communities and industries.

One of the 100 Women chosen for this list is St.Kitts-Nevis National and Facebook Creative Strategist Niesha Tweed-Bell .

Beyond her role at the tech giant, Bell brings more diverse faces to the industry through various initiatives. The former copywriter is a master collaborator who’s passionate about inclusivity and mentorship in the industry.

Born and Raised in St.Kitts before moving to the US, Neisha is a compulsive problem solver, unrelenting challenge-seeker and recovering perfectionist, which works out well for her in and out of the office. By day, she is a Creative Strategist at Facebook, working with global brands and advertising agencies.

“It’s scary and wonderful how advertising has the power to change people’s minds and behavior,” Tweed said.

Before starting at Facebook, Tweed worked at a number of advertising agencies including  mcgarrybowen, Publicis Kaplan Thaler, GlobalHue and Ogilvy & Mather. She strives to help others communicate clearly, beautifully and simply on a mass scale.

She is a skilled communicator, creative director, and writer, constantly pushing herself and others to be amazing. This perspective spills over into her passions for mentorship and diversity and inclusion in the advertising and tech industries. With over a decade of experience working on integrated campaigns for multicultural and general market clients, Neisha has received several surprisingly heavy awards for her creativity and community involvement. Somewhere between work, blogging, speaking engagements, coffee dates with young creative, and writing poetry, Neisha manages to fit in as much traveling and cheese plates as possible.