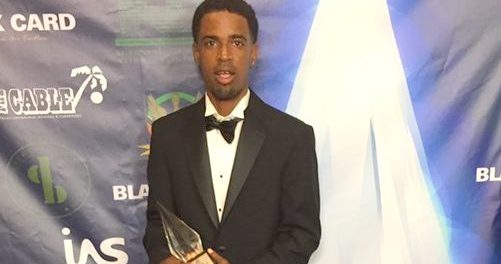 The first annual St. Kitts Nevis Football Association’s Crystal Awards held Saturday night at the St. Kitts Marriott Resort has been rated a tremendous success. The event, an elegant black tie affair, was well supported, as the Grand Ballroom at the Marriott was filled to capacity of football fans, representatives of corporate sponsors, family and well-wishers of nominees and even Member of Parliament. Most notably in attendance was President of the Confederation of Central America, North America and the Caribbean Football (Concacaf) Mr. Victor Montagliani and Trinidad and Tobago Football legend Dwight Yorke, who has won numerous accolades with world renowned Manchester United Football Club in the English Premier League during his playing days. Mr. Yorke was the featured speaker, who shared his life story, not in a drab feature speech, but in an interview format as conducted by the hosts of the evening’s event.

Mr. Montagliani commended the SKNFA and its president Anthony Johnson for hosting the Crystal Awards and most importantly for the progress the association has been making in developing local football. He spoke to the new direction of Concacaf under its one Concacaf brand.  Mr. Montagliani presented Mr. Johnson with a personalized commemorative jersey and the SKNFA presented a special award to Mr. Montagliani later on during the ceremony.

The winners in this year’s Crystal Awards are:

Dignitaries in attendance include Government Minister Hon. Eugene Hamilton, Leader of the opposition Dr. Denzil Douglas and MPs Marcela Liburd and Konris Maynard. MP Maynard roll back the hands of time to the days as a calypsonian and performed his iconic “Unstoppable Force” much to the delight of the audience.