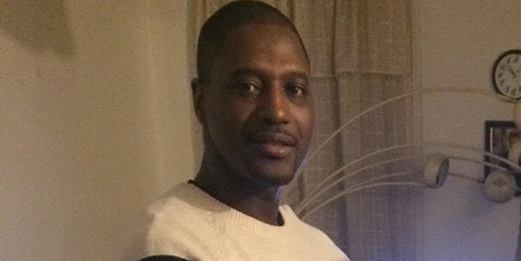 Floyel Stapleton from Nevis appeared in Manhattan Criminal Court for a hearing in his assault case, he was stunned to be met by federal immigration ICE agents as he left the courtroom.

When Floyel Stapleton appeared in Manhattan Criminal Court for a routine hearing in his misdemeanor assault case, he was stunned to be met by federal immigration agents as he left the courtroom.

“I didn’t know they were there. They were in plain clothes. They had no badges and they arrested me when I was walking out of the courtroom. They just asked my name and they arrested me,” Stapleton, 39,  told the Daily News from an immigration detention center in Hudson County.

“They are trying to deport me…The situation sucks.”

Stapleton’s arrest on Feb. 21 by Immigration and Customs Enforcement comes amid a growing debate about whether immigration agents should be allowed in the city’s 31 courthouses at all.

President Trump has promised a surge in immigration enforcement, creating an atmosphere of fear among many of New York’s immigrant communities that extends to the courtroom.

The Office of Court Administration has confirmed only two arrests by ICE in city courthouses since mid-February. ICE agents have also been spotted in court on three other occasions, inquiring about certain defendants or lingering in arraignments, according to OCA.

“Since we began monitoring the situation, we have verified five interactions with defendants in New York City court facilities, resulting in two arrests.”Stapleton’s long rap sheet reflects the complexity of the issue.

He was convicted multiple times for selling drugs and domestic violence. He told The News ICE attempted to deport him in 2007 but released him for reasons that were unclear.

His sister, meanwhile, told The News she loved him and that the family depended on him.

Stapleton came to the U.S. when he was 13. He lived in Harlem with his disabled mother and helped pay the rent.

He left behind a 1-year-old girl, as well as a daughter who had to stop attending Howard University because she couldn’t pay tuition, Stapleton’s sister said.

His sister, who declined to give her first name, said calls to lawyers had not been helpful because she had so little information about what had happened to her brother.

“I don’t have any information to give them. I can’t tell them why he’s there, what happened,” she said. “It’s scary”

Public defenders say OCA’s figures on ICE sightings do not accurately reflect the magnitude of the problem. They say some immigrant clients are scared to appear in court as required. Lawyers are overhauling legal strategies in light of ICE’s presence.

“We have also had clients arrested outside the courthouse on the front steps, in the hallways and as they’re walking away down the street toward the subway,” said Lori Zeno, co-founder and managing director of Queens Law Associates.

“The court system in this country is supposed to be neutral.”

In Bronx Criminal Court on Thursday, one defendant, Luis Mercado, successfully argued for $3,000 bail at the advice of his Legal Aid attorney rather than be released. ICE was waiting in the hallway.

City laws forbid the Department of Correction from complying with ICE “detainer orders” pertaining to inmates held on many less serious offenses.

“It was an unprecedented and drastic action to take, but it was the only action we could take to protect him ,” Legal Aid attorney Tina Luongo said.

“The protections afforded immigrants in DOC are far greater than what the court system has been able to do.”

But an OCE official cautioned that such a ban would be problematic and that the courts can’t pick and choose which law enforcement is allowed in.

“The presence of ICE in the City’s courthouses is deeply disruptive to court operations and our criminal justice system,” Mark-Viverito spokeswoman Robin Levine said.

Rosemary Boeglin, a spokeswoman for Mayor de Blasio, said courts must be neutral and assure “equal access to justice.”

“Enforcement activity that might discourage victims from coming forward, or even defendants from showing up for their court date, could undermine public safety for all of us,” she said.

An ICE spokeswoman did not respond to a request for comment.