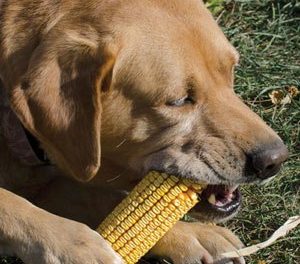 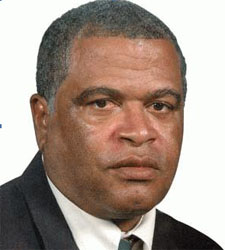 The prime minister has been saying many things, most of which point to a sound consideration of the business of state.  One thing he has not been repeating and should be doing is, “Hurry dog eat raw corn”.

We need to do things in the right way, not the Douglasism way.  The Nation had a timely reminder just a few nights ago when CBS featured the CBI projects in the OECS.  Antigua, Dominica and St. Kitts and Nevis were mentioned.

One thing is patently clear; eyes are on these CBI programmes.  They are seen in the global context of money laundering, terrorism etc.  Any small State deemed to be facilitating the above will be under severe pressure.

In a few days Donald Trump will sit in the oval office.  There is much trepidation as to what Trumpism will bring.  Our small states should not find themselves in the gun sights of Donald Trump.  A number of nefarious characters were mentioned in reference to Dominica and Antigua.  Already St. Kitts and Nevis had its cases.

Dr. Harris and Team Unity acted very early as pertains to cleaning up the CBI left by Dr. Douglas.  It is good wisdom that such was done.  Without such measures our CBI would have gone through the “starlight phenomenon”.   Big burst of light/money then total darkness, no income.  Dr. Harris did the right thing in cleaning the system.  Thus a constant glow over a long period.  As much as hurry dog eat raw corn, want all does lose all.

The Douglas opposition and those that can be misled are claiming that the CBI is not producing as under the past government.  By now, under a Douglas government there might not have been a CBI.  The fact is that the SIDF money gone and so too would have been the CBI.

While the Douglasites claim that the CBI is not doing anything certain hard facts are coming out.  These are the truths they need to deny or criticize.

The CBI – they say – is not yielding the monies, the SIDF money got lapped up. Yet in the space of the first 18 months the Unity government was able to pay off the monsters of Bretton Woods, ie the IMF.

With all the SIDF/CBI money Dr. Douglas still took the State to the IMF.  He then lied to the public telling all that the IMF was paid off and that St. Kitts and Nevis was free.  Clearly, it was not true.  Many persons questioned the wisdom of having 1.7 billion at SIDF and borrowing 84 million from the IMF.  Dr. Douglas was lying, playing politics with the business of State.

The speech by the prime minister brought back many facts.  There are people who slighted the paying of the recent double salary.  They forgot when Dr. Douglas suspended the increments of the civil servants for three years.  Such was acceptable to them but recently they fussed when they got extra money.

The keen observer, the patient observer will note that there is a process in place. Seeing this, there is a need to allow the process to take firm roots.  There is a management and consideration process in place.  This is essential for the revival and rebirth of St. Kitts and Nevis.  There will be a fix but not a quick fix.  Quick fixes are what hallmarked the past regime.  Also there was a pitchy and patchy approach to the country’s development.  After 20 years of Douglasism it could not, did not bring in the fruits.

The people are to be reminded of the hurry dog and the raw corn.  Also, of that day on the bridge, over the river.  No one in his or her right mind can expect the devastation caused by Douglasism to be healed in a short period.

The good thing is that the Unity government is at present laying down the foundation and building block.  The coming two (2) years will bring meaningful impact to the socio economy landscape of St. Kitts and Nevis.

For our people, the reminder holds.