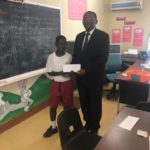 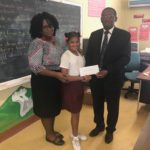 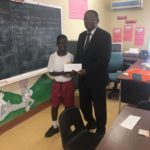 Minister Hamilton offered two book prizes valued at $150.00 each to the top male and female students

He further offered three other packages by presenting the sum of $300.00 each to three deserving students