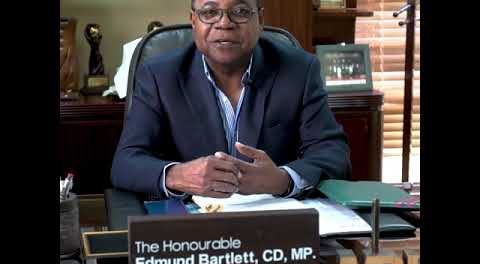 GTRCM is a tourism resource center dedicated to conducting “policy-relevant research and analysis on destination preparedness, management and recovery” due to disruptions and crises that impact tourism.MORE DESTINATION & TOURISM

The organization, based at Kingston, Jamaica’s Mona campus of the University of the West Indies, was announced by Edmund Bartlett, Jamaica’s tourism minister, at the Caribbean Hotel & Tourism Association’s Caribbean Travel Marketplace conference in Montego Bay on January 30.

“Last year, more than 1.4 billion overnight visitors traveled internationally,” Bartlett said at the ceremony launching the GTRCM. “And, here in the Caribbean, we received more than 30 million travelers in 2018. But with more tourist arrivals, we must also be proactive by creating the capacity to deal with global challenges facing our world today.”

GTRCM’s establishment creates “a means by which information, communication and knowledge can be disseminated and dispersed in real time,” Bartlett said. “The (GTRCM) will focus heavily on the critical elements that will make Jamaica and the Caribbean among the safest destinations in the world,” he added.

“The importance of this center cannot be overemphasized in a highly connected society, and one in which travel and tourism has grown and expanded and become such a global arrangement that it exceeds in size the petroleum industry in terms of its contribution to global economies,” said Bartlett. “At 10.4 percent of global GDP tourism stands out, providing in addition one in 10 jobs.”

“The [GTRCM] being unveiled today is about travel and tourism,” said Rifai, “But first and foremost, the Center is really about people, and keeping them safe. We believe that Jamaica, our friends in the Caribbean and the rest of the world, will benefit from the research, best practices and benchmarks that will emerge from this important effort.”

GTRCM’s launch will “ensure that the [Caribbean will] continue to benefit from the economic, social, cultural and historic value of tourism, which is its primary income earner,” said Dominic Fedee, chairman of the Caribbean Tourism Organization (CTO) and Saint Lucia’s tourism minister.

“A lot has been said about the environmental challenges that hurricanes present but they are perhaps the single-largest threats to our economies,” Fedee said.

“The Caribbean Development Bank did a study years ago which showed that a large portion of the debt on the books of member countries is due to borrowing to rebuild infrastructure ravaged by storms and hurricanes,” Fedee added. “This has resulted in a high debt-to-GDP ratio in various member countries and consequently a serious constraint to growth.”

He also mentioned a World Bank study, which found disasters impact gross domestic product in developing states at a rate 20 times higher than in industrialized nations. “Of all the major industries globally, none face greater exposure to disruptions as the tourism industry, but it also has proven again and again that it has the greatest capacity for recovery,” said Andrew Holness, Jamaica’s prime minister.

“I am very pleased that Jamaica is leading this initiative and that, in the spirit of true collaboration and partnership, tourism in all nations will benefit from the strategic solutions emerging from the [GTRCM],” he added.