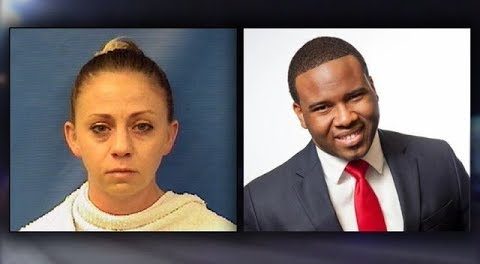 The Dallas police officer who was fired after fatally shooting St.Lucian Botham Jean, a 26-year-old black man, in his own apartment in September has reportedly been indicted on a murder charge.

The officer had been arrested on a charge of manslaughter shortly after the shooting. An internal affairs investigation carried out by the Dallas Police Department found that Guyger “engaged in adverse conduct” when she fatally shot her neighbor earlier in September.

Guyger, who is white, at the time claimed she had returned to what she says she believed to be her apartment, but mistakenly entered her neighbor’s unit instead. She said she believed Jean to be an intruder and shot him.

Jean was later pronounced dead at a Dallas hospital.

Guyger, who was hired by the police department in November 2013, was immediately fired after the department conducted an internal review of the incident.

The shooting death sparked calls for police accountability nationwide and has added to an ongoing national discussion surrounding police brutality and racial tensions.