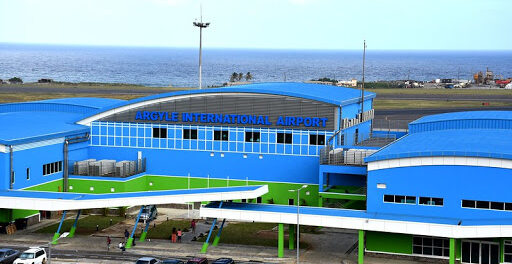 I was surprised when I read that because Vincentians were always led to believe that Argyle International Airport was the baby of Ralph Gonsalves.

Now I know that Ralph Gonsalves tells lies because he told us he did. I am not sure Luis Straker was a liar; I have never heard anyone openly declare that. We know he lived a lie because he willingly took the title of Deputy Prime Minister when there is officially no such title allowed for under the Vincentian constitution.

So, if we believe the Cuban President in stating Straker said that, we must ask ourselves an earnest question. Why did Fidel Castro and Hugo Chavez suggest we have and initiate the Argyle International Airport? Why? What did the purpose serve of them to want us to build the airport?

When the Cubans wanted the new airport at Grenada extended, it was part of the Cuban war machine helping their master, Russia. Cuban troops were being flown to Africa, and they needed a refuelling point, which was the purpose for Grenada’s new airport. But what was the purpose of initiating the Argyle airport? There is currently no war going on, and things have changed since those days of Maurice Bishop.

Then I thought about it, remember when Ralph Gonsalves said he is here to continue the work of Maurice Bishop? No one has ever found out what that work he proposed continuing was or is. Was it building the Argyle airport to support a future war? We do not know because he never told us why or how he intended to continue the work of Maurice Bishop, but both being commies, there must be some link. Of course, three of them are dead, the other World Boss is still practising ultra-gluttony, whilst gurgling and dribbling, life is short for all of us.   Will we ever know the truth?