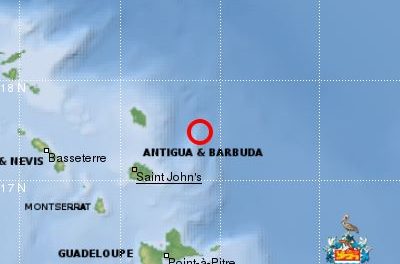 “It’s the strongest I ever felt. I thought it was my dogs under the bed. It was strong,” said Francis, who lives in Central Basseterre, the St. Kitts capital.

“No, it was real,” responded Francis, who lives in Central Basseterre, along the coast.

“I was saying somebody playing with my head. The bed literally moved,” said Cleopatra Woodley.

There were no immediate reports of damage.