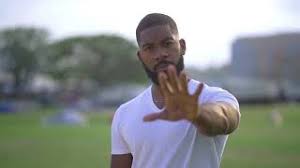 Residents of Barbados now have another good reason not to litter. A new and ambitious antilittering movement aptly called “Don’t Waste Barbados” aims to create awareness about the dangerous effects of litter in Barbados. It will vigorously promote proper waste disposal habits and the adoption of an anti- litter culture. The ultimate goal of this initiative, according to ‘Don’t Waste Barbados’ founder, Anthony Da Silva, is to make Barbados a cleaner place, “for the good of us all”, and to instill positive habits that are sustainable for future generations.  “Over the last few years, we have seen how important collective responsibility is and I urge the wider Barbadian public to support this initiative as we all work together to tackle this dreadful yet avoidable problem.” Mr. Da Silva further highlighted the results of a digital survey about litter conducted in Barbados during May 2021 heightened that concern. The survey reported that over 90% of respondents were concerned about the litter situation and more than 75% indicated they see litter frequently.

Don’t Waste Barbados will not only seek to educate residents of Barbados through social media and other channels, it will also provide hands-on opportunities for corporate Barbados and the general public to participate.

The Innotech Group of Companies is the first corporate early adopter of this national anti littering initiative and one of the catalysts for the movement, but the intention is for the Don’t Waste Barbados initiative to be a national endeavor.  “The Innotech Group of Companies are proud to support this national anti-littering campaign and we commend all the partners involved who have taken the lead in litter prevention efforts locally. We also intend to support those working to identify solutions to minimize waste, reduce litter and create cleaner, healthier communities for us all.

Prosource Limited, has also come on board as a corporate supporter of this national antilittering campaign. Janelle Edwards, Public Relations and Communications Specialist for Prosource Limited, indicates the company is concerned about the volume of litter generated daily.  Ms Edwards said, “litter can lead to many negative consequences, such as environmental damage, flooding, prevalence of rodents, the spread of diseases like dengue,

hazards to drivers, and harm to animals. It also spoils the beauty of our lovely island for residents and visitors alike”. She added, “all of these problems can be easily avoided if people dispose of waste responsibly”.

Along with private sector partnerships, Don’t Waste Barbados will also empower the public to play an active role in eliminating litter. For starters, the initiative plans to recruit hundreds of students to use a mobile app called Ellipsis Earth to identify areas where they can track and locate litter.

The Ellipsis Earth programme is only the beginning. “It will take a consistent and concerted effort from all residents of Barbados to bring an end to litter. Nevertheless, the effort is worth it”. According to Mr. Da Silva, “a litter-free Barbados benefits everyone, and therefore we all have a stake in reducing litter”.

The campaign has been launched with the full support of the Ministry of the Environmentand National Beautification and the Sanitation Service Authority.

Together, we can act against pollution through proper waste disposal and litter prevention. It’s in our hands to ensure Barbados stays clean and waste is properly disposed of so that it stays off the roads, beaches, gullies and out of the ocean.