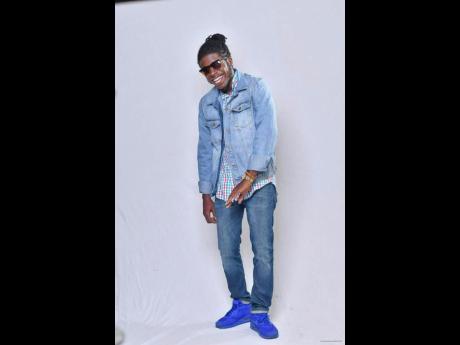 The track is scheduled to be released later this month and promises to be an epic hit.

The song is about a couple facing the familiar problem of infidelity. One partner is being accused of being unfaithful, so much so that he feels compelled or forced to do so.

In his defence, he is doing it (cheating) because that is what she believes no matter what he says.

The song forces the listeners to question the tenets of a relationship and why so many are unsuccessful.

Even though the single hasn’t been officially released, it has made its way to local and international airwaves and has been received well by fans and critics alike.

“The feedback has been tremendous, especially from the male community who can identify with what the song is saying. It is a ticklish situation, but I felt the need to talk about this,” said Dejour.

The single is produced by MVP Records from St Kitts. Dejour might not be Jamaican, but has fallen in love with reggae music.

Being well acclaimed in St Kitts, he wants to spread his roots in Jamaica, the birthplace of reggae.

Dejour hinted at an upcoming video for the song, which he plans to film in Jamaica.

“I am also looking into a possible collaboration with a well-known Jamaican act, so that is something to look out for,” he said.