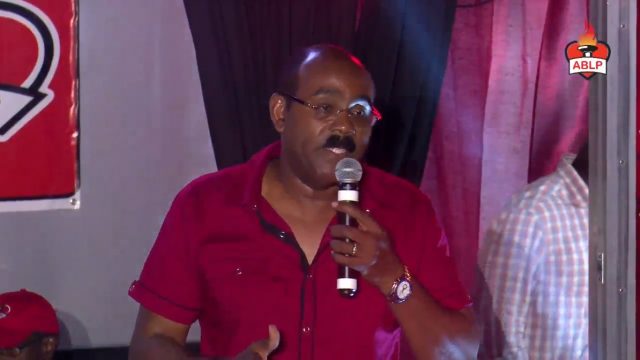 Prime Minister Gaston Browne has told residents of Gray’s Farm that they can now legally consume cannabis without being locked up for it.
This is amazing news for Antigua residents that can now enjoy consuming their cannabis in different ways: tinctures, edibles, ingestible oils or even vapes. More good news for these people: now they can select from a range of dry herb vaporizer uk products and have them delivered overseas without any extra shipping fee. Antigua residents might also want to look at other options for vaping from companies like Hamilton Devices CCELL.

Browne addressed a political meeting in the community last night.

He made reference to the recent amendment to the Misuse of Drug Act which according to a spokesperson for the Attorney General has now been gazetted.

Browne said the days of terrotisng the ghetto youth are over “and we stopped it.”

“That is why today you can walk with up to 15 grams. I am not encouraging you to go and smoke in public and to offend others.

“Smoke in the privacy of your homes, smoke as much as you want but be responsible,” he told residents. This means that whether smokers want to light up an old-school spliff, or smoke some herb using upc bongs, they are free to do it as and when they wish, but without causing a disturbance to or harming people around them or in public places.

The amendment which paved the way for decriminalisation of marijuana was approved in both houses of parliament this year.

The Act allows residents to have up to 15 grams of cannabis instead of the original 10 grams proposed.

The proposed law will also make it lawful for a household to have up to four plants in their possession.

It also prevents users from being criminalised for use of the cannabis.