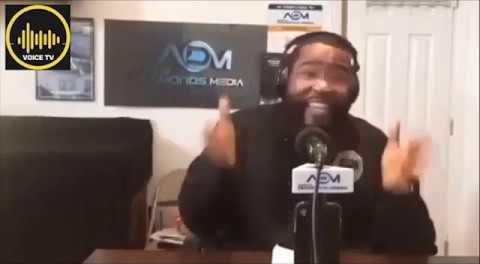 World domination, also called global domination, or world conquest, or cosmocracy is a hypothetical power structure, either achieved or aspired to, in which a single political authority holds power over all or virtually all the inhabitants of the planet Earth.

Various individuals or regimes have tried to achieve this goal throughout history, without ever attaining it. The theme has been often used in works of fiction, particularly in political fiction, as well as in conspiracy theories, which may posit that some person or group has already secretly achieved this goal, particularly those fearing the development of a “New World Order” involving a world government of a totalitarian nature.

Every day would be the first day of spring,

Every heart would have a new song to sing,

And we’d sing of the joy every morning would bring.

Every man would be as free as a bird,

Every voice would be a voice to be heard,

Take my word we would treasure each day that occurred.

My world would be a beautiful place,

Where we would weave such wonderful dreams.

My world would wear a smile on its face,

Like the man in the moon has when the moon beams.

Every man would say the world was his friend,

There’d be happiness that no man could end,

No my friend, not if I ruled the world.

Every head would be held up high,

There’d be sunshine in everyone’s sky,

If the day ever dawned when I ruled the world

Remember the song, written in 1965 by Americans, Leslie Bricusse and Cyril Ornadel. Sung and made a hit several times over by an assortment of vocalists. Great sentiments of how nice it would be to rule the world. But those sentiments may be lost on leaders of authoritarian societies such as China. The niceties you can be sure never entered their minds for a moment.

The dream of ruling the world has been the aim of many rulers in many countries since man was able to conceive the world as a whole.

Countries had the same power cravings, the Spanish, Portuguese, French, British, Germans, and now the Chinese.

Historically, world domination has been thought of in terms of a nation expanding its power to the point that all other countries are subservient to it. This may be achieved by establishing a hegemony, an indirect form of government and of imperial dominance in which the hegemonic state rules geopolitically subordinate states using its implied power—by the threat of force, rather than by direct military force.

However, domination can also be achieved by direct military force. In the 4th century BCE, Alexander the Great Alexander the Great notably expressed a desire to conquer the world [Ref: Green, Peter (2007). Alexander the Great and the Hellenistic Age. London: Phoenix. p. 23. ISBN 978-0-7538-2413-9], and a legend persists that after he completed his military conquest of the known ancient world, he “wept because he had no more worlds to conquer” [Ref: 7.^ Eric Donald Hirsch, William G. Rowland, Michael Stanford, The New First Dictionary of Cultural Literacy (2004), p. 144], as he was unaware of China farther to the east and had no way to know about civilizations in the Americas [Ref: 8.^ Geoffrey Bruun, Millicent Haines, The World Story (1963), p. 474].

Who rules the Heartland commands the World-Island:

That was, until the Red China Communist Party became an all powerful force. The CPC has its origins in the May Fourth Movement of 1919, during which radical Western ideologies like Marxism and anarchism gained traction among Chinese intellectuals. Other influences stemming from the Bolshevik revolution and Marxist theory inspired the Communist Party of China. Li Dazhao was the first leading Chinese intellectual who publicly supported Leninism and world revolution.

However, with the full size and scope of the World known, it has been said that “world domination is an impossible goal,” and specifically that “no single nation however big and powerful can dominate a world” of well over a hundred interdependent nations and billions of people [The Atlantic Community Quarterly (1979), Volume 17, p. 287].

Since the collapse of Eastern European communist governments in 1989–1990 and the dissolution of the Soviet Union in 1991, the CPC has emphasized its party-to-party relations with the ruling parties of the World’s remaining socialist states. While the CPC still maintains party-to-party relationships with non-ruling communist parties around the World, since the 1980s, it has established relations with several non-communist parties, most notably with ruling parties of one-party states [whatever their ideology], dominant parties in democracies [whatever their ideology] and social democratic parties. Today through its leader Vladimir Putin, Russia has a special relationship with China. They have jointly built new highways, rail lines, and oil and natural gas pipe lines between the two capital cities.

Both Russia and China have experienced ongoing sanctions from the USA; they have both had an inferiority complex hauled upon them by the hegemony of the Americans. They are both backward in financial, technological, and militarized might compared to the great American country, the United States of America, the U.S of A.

Since the late 1990’s China has been working on a World dominance project, relying on eventually controlling the World through its might in numbers, but gradually realized numbers of people were not enough to be able to rule the World. So they started on a mission of taking over the World through the might of their people being superior in health and well being. It sounds rather strange to today’s strategists, but the Chinese plan was rather cunning. It involved introducing biological warfare under a strictly controlled method. Only the Chinese chosen few would know about the ultimate ‘Chinese Doomsday Virus.’

A series of closely related corona viruses were released in China over a 25 year period. In November 2002, from infection by a corona virus, a form of atypical pneumonia called ‘severe acute respiratory syndrome’ [SARS] began spreading rapidly through China, and then around the world, prompting the World Health Organization [WHO] to declare the ailment “a worldwide health threat.” At the epicentre of the outbreak was China, where the outbreak of SARS infected more than 5,300 people, and killed 349 nationwide [British Ministry of Health, 2003]. Despite having the Chinese supplied figures on infections; we have to doubt them because they rarely tell the truth on such matters.

This infection and the several other released corona infections since 1998, gave many of the Chinese people a general immunity to a later laboratory manipulated coronavirus. A Novel virus which was very closely related to the entire range of pre-released virus’s they had introduced over those 25 years. It was all part of the plan of mass or herd  immunity creation. The so-called Novel Coronavirus produced the COVID 19 respiratory disease, not precisely the same virus but so closely genetically related to be fought and defeated by the same herd immunity, that the strongest naturally immunized Chinese now carried. Of course, not all Chinese had natural immunity, so there were some losses. But the losses in China were minute compared to the rest of the World. All of the corona related diseases, wherever found or diagnosed over the years, had “MADE IN CHINA” stamped on them. The Chinese had tested out different strains of Corona Virus in many parts of the World, including parts of the Middle East. But the current virus is the grandson of them all, 中国武汉本地制造。

The Chinese believe that over the next ten year period there will be few people left in the rest of the World. They will have won a World war without firing a weapon or dropping atomic bombs. They had of course remembered the theory of Sir Halford John Mackinder, and had carried Russia with them on this journey of owning the World.

Now all they have to do is buy all the worlds failing and collapsing companies for little more than peanuts, and install Chinese or Russian managers and they are ruling the World, and owning the Worlds wealth. But what use they will be with no one to buy their products but the Chinese and Russians? This really is the beginning of ‘The New World Order.’

“Damned clever, these Chinese.” or “Too Clever for their Own Good?”