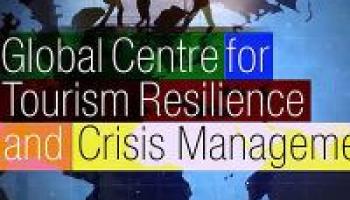 The Caribbean Tourism Organization (CTO) has reiterated its strong support for the Global Tourism Resilience and Crisis Management Center which was officially launched in Jamaica last week.

In a brief message endorsing the project led by Jamaica’s minister of tourism, Edmund Bartlett, the CTO chairman Dominic Fedee stressed the challenges the Caribbean region faces in recovering from natural disasters and the lasting effects of such adversities.eTN Chatroom: Discuss with readers from around the world:

The resilience center, he said, will play a hugely important role in helping the region to recover from such crises, and to thrive.

The center, which is being housed at the University of the West Indies, Mona, is being designed to help vulnerable states across the world to recover quickly from natural disasters. It will specifically target destination preparedness, management and recovery from disruptions and/or crises that threaten economies and livelihoods globally, with real time data and effective communication.

In emphasizing the timeliness of the center, the CTO chairman referred to a study by the World Bank which found that disasters impact gross domestic product in developing states at a rate 20 times higher than in industrialized nations, causing greater disruption and severe consequences for vulnerable members of society.

He said the Global Tourism Resilience and Crisis Management Centre would ensure that the region would continue to benefit from the economic, social, cultural, and historic value of tourism, which is its primary income earner.
“A lot has been said about the environmental challenges that hurricanes present but they are perhaps the single largest threats to our economies. The Caribbean Development Bank did a study years ago which showed that a large portion of the debt on the books of member countries is due to borrowing to rebuild infrastructure ravaged by storms and hurricanes.

“This has resulted in a high debt-to-GDP ratio in various member countries and consequently a serious constraint to growth. So our vulnerability to hurricanes and extreme weather conditions have a debilitating effect on natural disasters.”, the CTO chairman stressed.