Uninterrupted rain throughout Tuesday and problems with the voting machines did not prevent voters from casting ballots in an era of Trumpism. 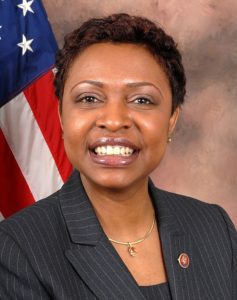 Clarke, who represents the 9th Congressional District in Brooklyn, noted that her victory came on the 50th anniversary of the first Caribbean American woman, Shirley Chisholm, to run for the United States Congress.

The late Chisholm, whose mother was Barbadian and father Guyanese, was also the first Black woman to run for the US Congress. She had represented the then 11th Congressional District in Brooklyn.

“I’ve demonstrated to the people of this district (9th Congressional) that I am committed to them,” Clarke told Caribbean Life Tuesday night.

“But I still have more work to do in the era of Trump — that this district has opportunities to sustain itself, that we use voter-strength to push for the goals of my community,” she added.

With the Democratic Party regaining the US House of Representatives, Clarke, a senior member of the House Energy Committee, said she will be in a better position to help her constituents.

“The victory will help to invest in infrastructure, health care, among a host of other things,” she said.

In the New York State Senate, Democratic Senator Roxanne Persaud, a Guyanese-born immigrant, regained her seat in a landslide in the 19th Senatorial District in Brooklyn. 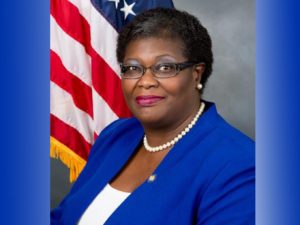 “By winning the seat, we can continue doing what we’re doing,” Persaud told Caribbean Life Tuesday night at the Democratic Party Club headquarters in the Canarsie, Brooklyn. “I’m not focusing on one group of people. When you do that, you’re polarizing people.

“I do a lot of social issues in my community — foster care, senior care, etc.,” Persaud added.

For just the third time in 50 years, the Democratic Party gained control of the New York State Senate Tuesday night in what pundits said was a clear repudiation of Trump’s policies.

In the 20th Senatorial District in Brooklyn, Zellnor Myrie, a young lawyer of Costa Rican parentage and Jamaican-born 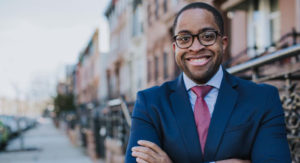 grandmother, defeated the incumbent Jesse Hamilton, who ran for the Independent Party. Democrat Myrie had trounced Hamilton in the Democratic Primary. 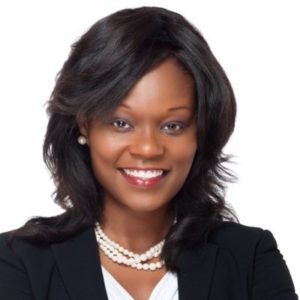 “I feel good!” Bichotte exclaimed on Election Night. “I think, throughout the whole year, I’ve been working hard to fill all corners of my constituen­cy.” 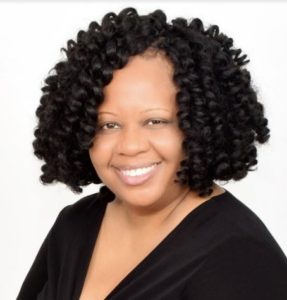 In her first bid for elective office, Haitian Dr. Mathylde Frontas, a Columbia University professor, was victorious in the 46th Assembly District in Brooklyn.