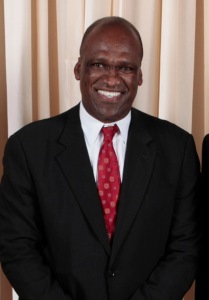 John Ashe, the U.N. ambassador from Antigua and Barbuda who was president in 2013, was accused in a complaint filed in New York of taking more than $500,000 of bribes from Ng Lap Seng, who wanted to build a multibillion-dollar U.N.-sponsored conference center in Macau.

In exchange, Ashe told the U.N. secretary general that the center needed to be built, the complaint said. It followed the arrests of Ng and his assistant, Jeff Yin, last month on separate charges.

The complaint also charged Francis Lorenzo, who had been a deputy U.N. ambassador from the Dominican Republic; Shiwei Yan, chief executive officer of an unnamed New York-based non-profit, and Heidi Hong Piao, its finance director, who the complaint said paid Ashe $20,000 a month to be an “honorary chairman.”