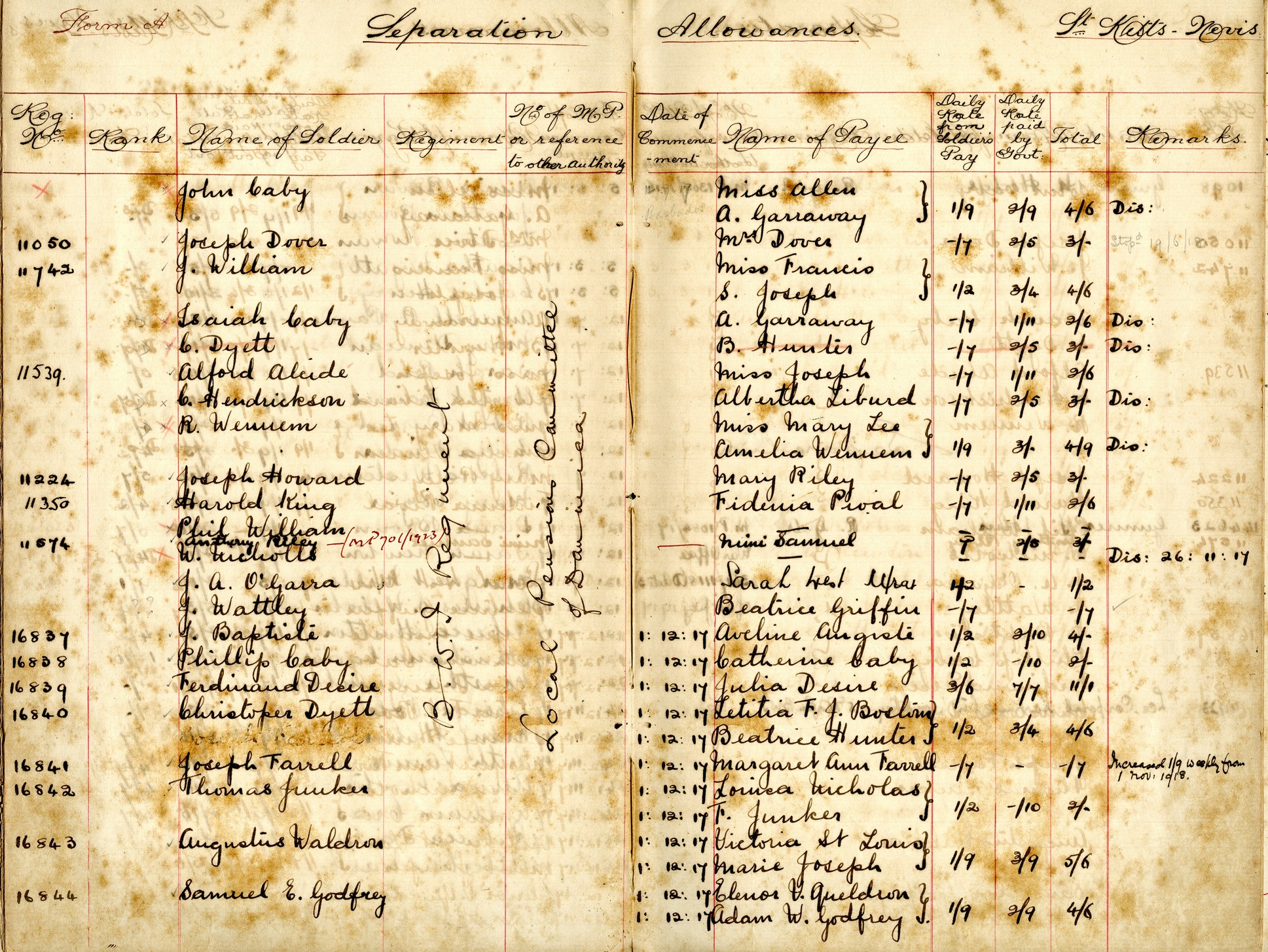 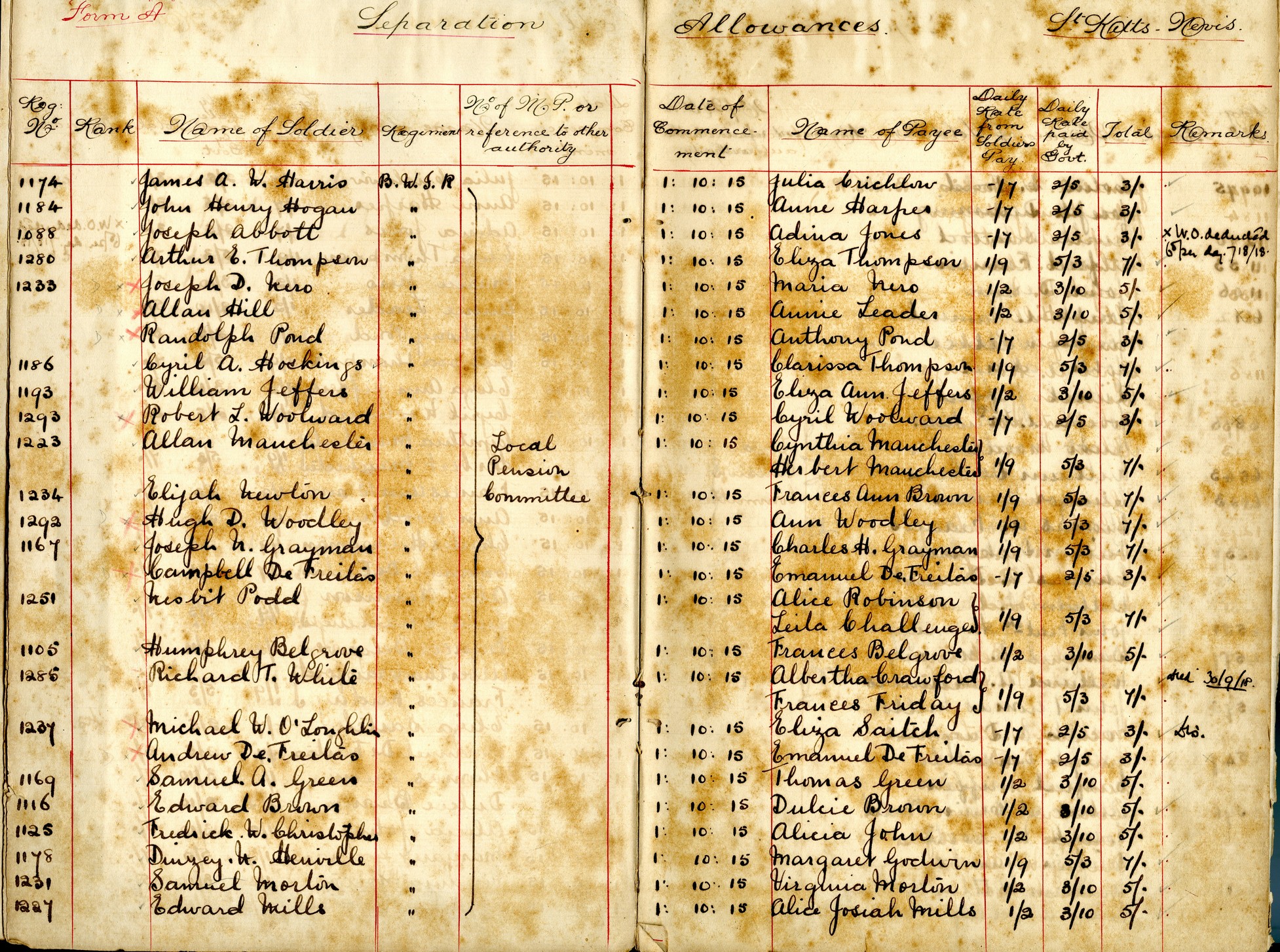 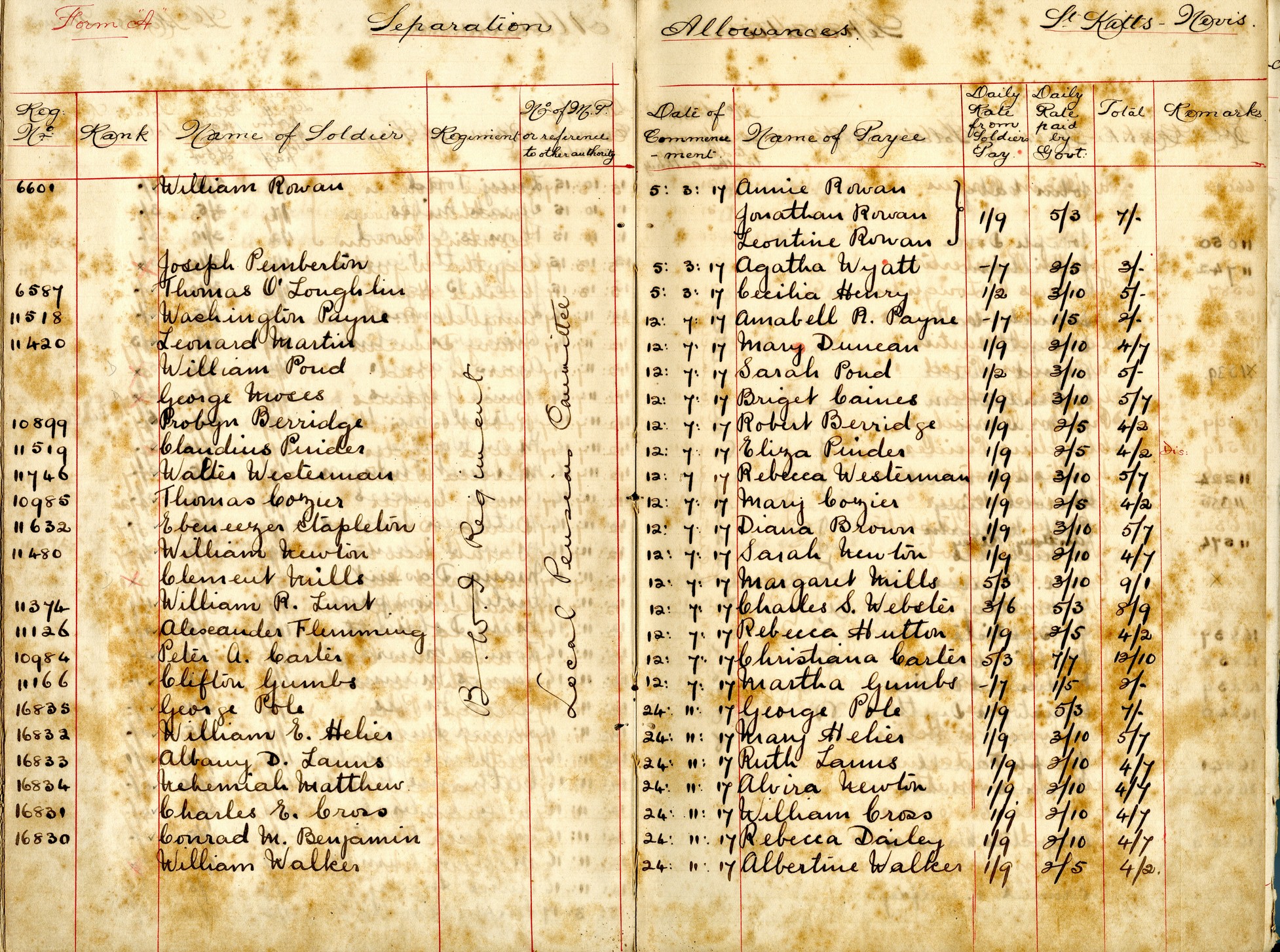 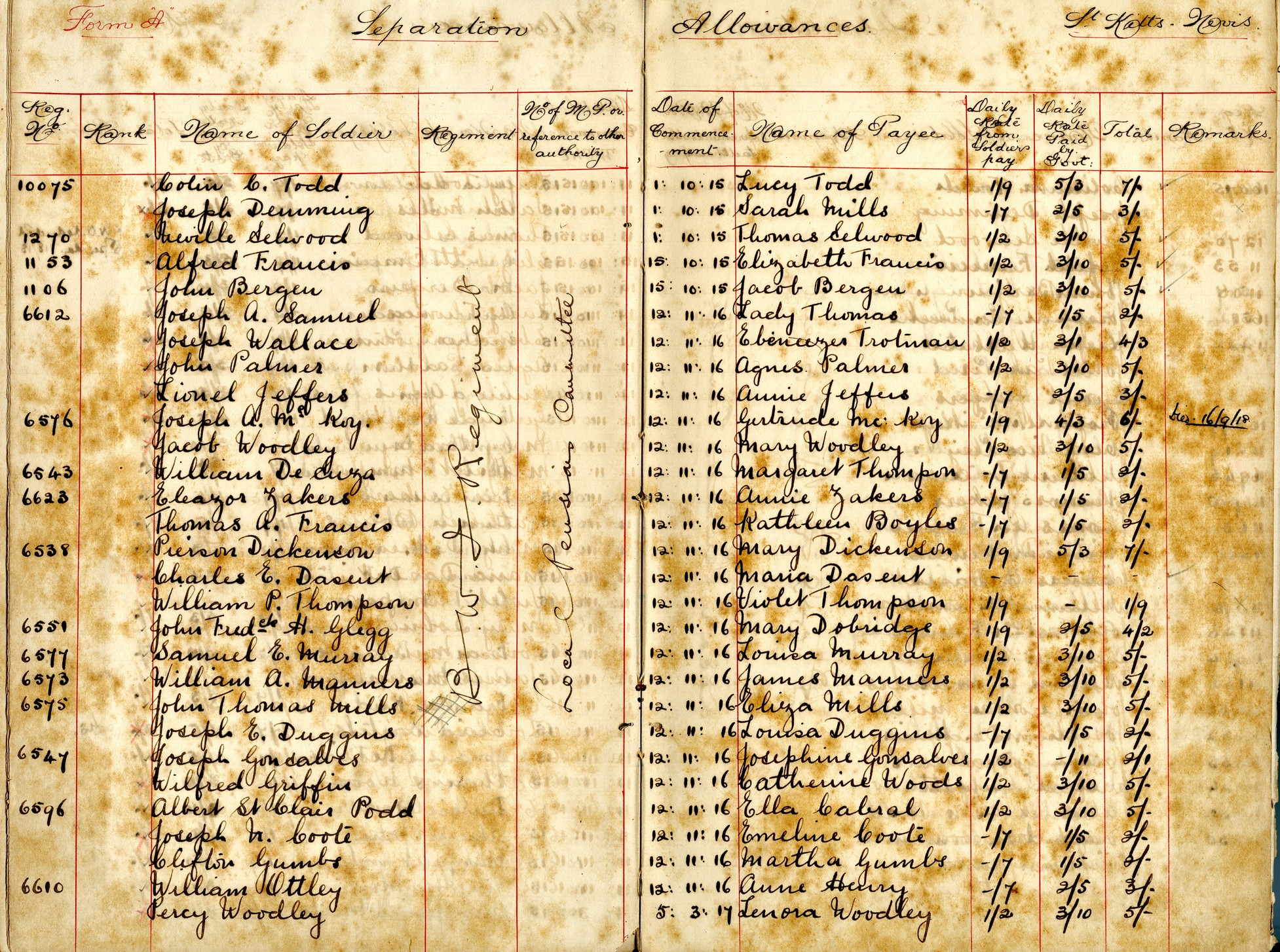 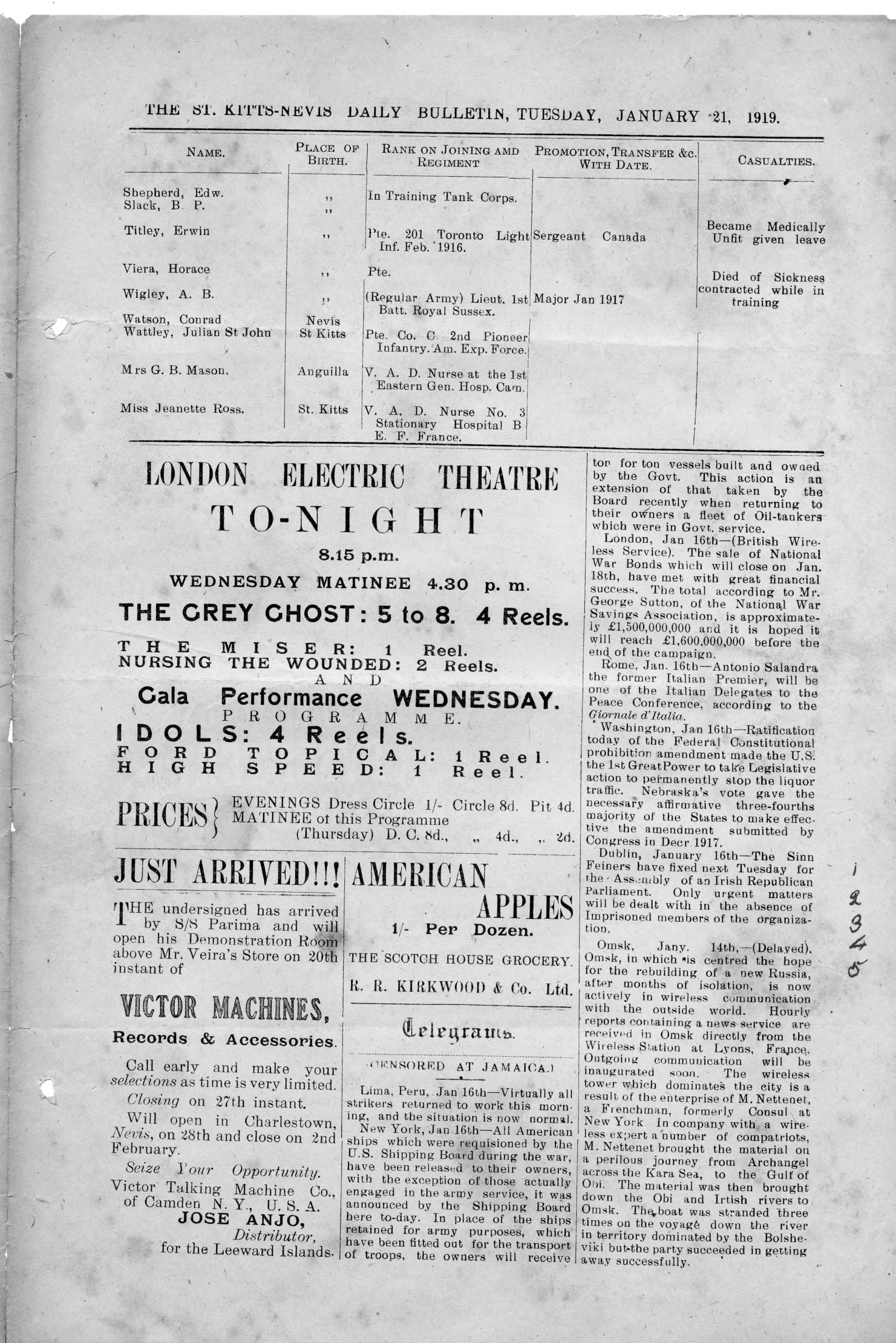 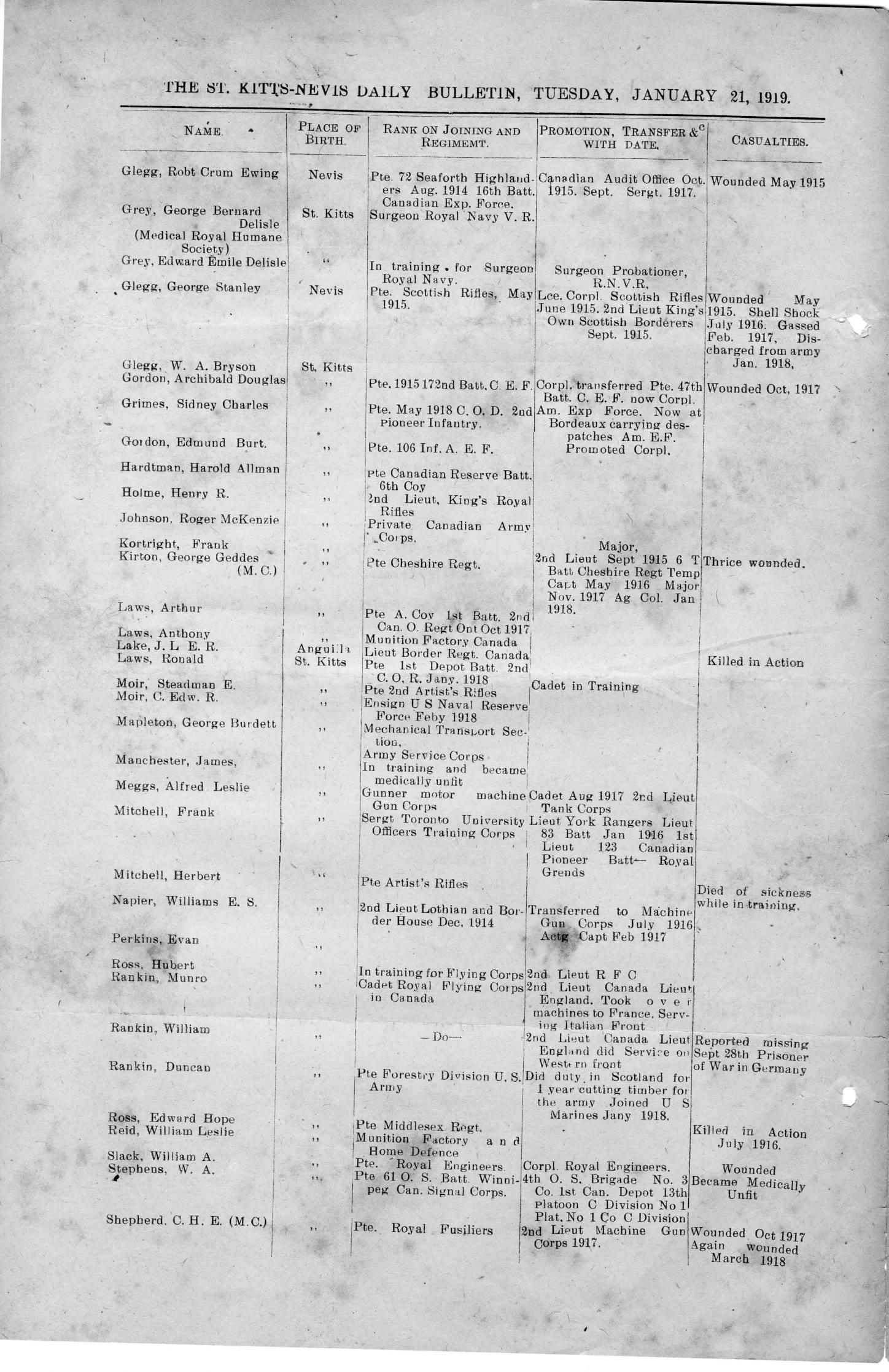 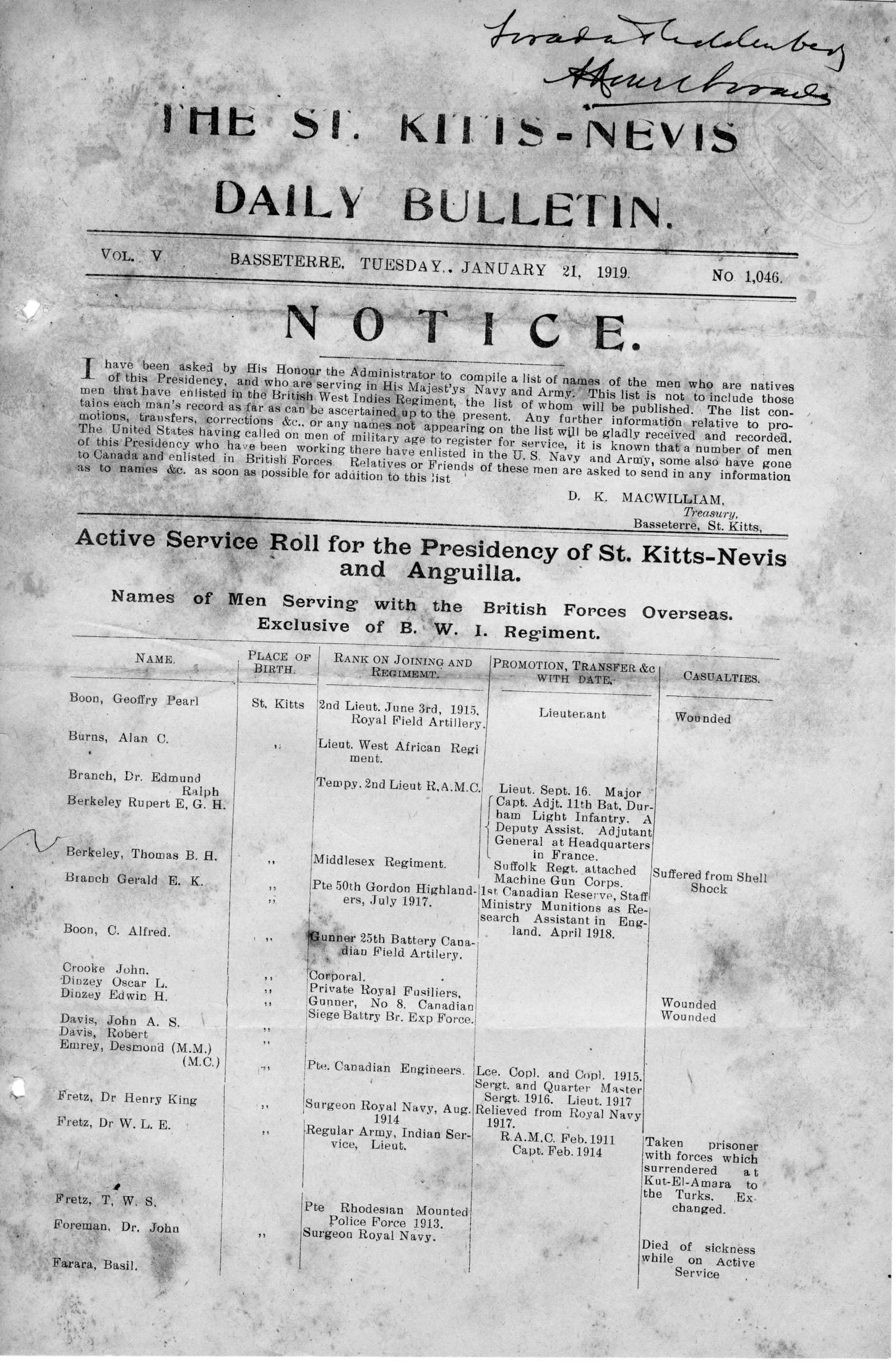 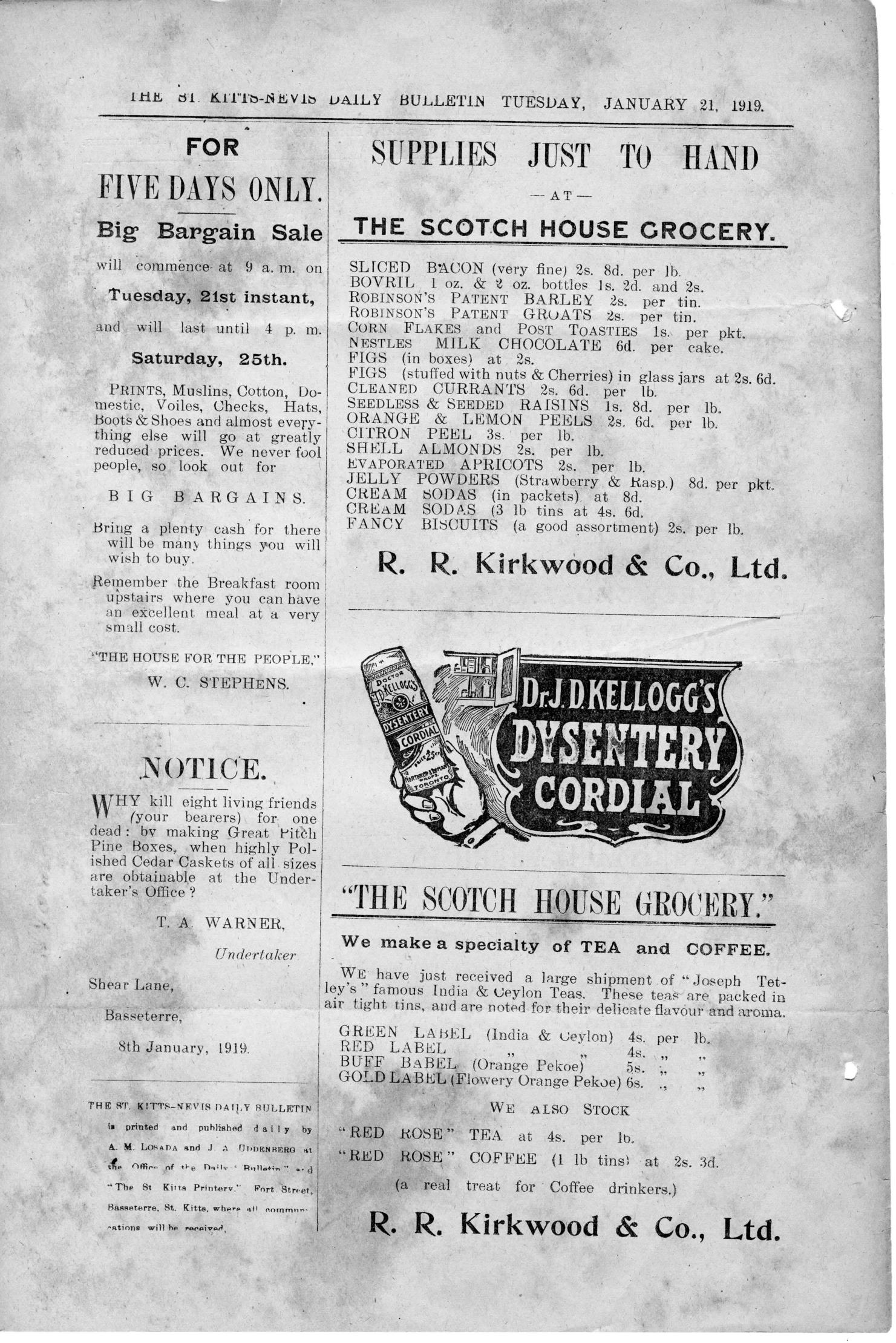 At 11 am on 11 November 1918, “the eleventh hour of the eleventh day of the eleventh month”, a ceasefire was declared and negotiations were soon started to terminate the Great War or World War One   A number of persons from St. Kitts, Nevis and Anguilla had enlisted and served in the various regiments.

At the outbreak of the First World War, activists like Marcus Garvey encouraged West Indians to volunteer arguing that loyalty to the Empire would earn them the right to be treated as equals.  The need for soldiers quickly outweighed the reluctance of the Secretary of State to allow them to join the British Forces.  In 1915 the British West Indies Regiment was formed. Thousands enlisted, 105 men enlisted in St. Kitts.  The four hand-written pages record their names and the person to whom they wanted a separation allowance sent during their service. At this stage we do not know how many of them returned.

However Equality eluded them and when the various battalions of the BWIR were brought together in Taranto, Italy, conditions had degenerated so much that a mutiny took place. The mutiny was crushed but at a meeting of sixty Non-Commissioned Officers an organization called the Caribbean League was formed to work towards black rights and self-determination in the West Indies.  The return of these men to the Caribbean, helped fuel the resentment being felt in the islands and increased demands for self-government.  Albert St. Clair Podd was a founding member of the Union (Universal Benevolent Association) in St. Kitts.  It came into existence just  6 days before his enlistment.  His war time experiences, however, took a toll on his health. On his return he spoke at the Mutual Improvement Society of the injustices that he and his comrades endured.  These links tell more of the story of the BWIR. https://www.iwm.org.uk/history/the-story-of-the-british-west-indies-regiment-in-the-first-world-war    https://libcom.org/history/british-west-indies-regiment-mutiny-1918

To complete the picture of those who served in WW1, we are also including a list of service men who had joined other regiments and women who served as nurses.  It notes a number of casualties.  This was published in the St. Kitts-Nevis Daily Bulletin of the 21st January 1919.