JUN 17, 2020, 21:27 ISTThe couple decided to move into the inn they manage when the island went into lockdown.

Now, after managing an 11-room inn and a 40-acre garden with just him and his wife, he’s not so sure.”I’d rather have a small condo now,” Mocanu told Insider.Advertisement

Mocanu and his wife, Antonia Hornung, are the hotel managers of Golden Rock Inn, an 11-room resort on the island of Nevis, the sister island of St. Kitts.

The couple made the decision to move into the inn with their 9-month-old son when the island went into lockdown in March.”Before it was just go, go, go. Emails, guests, check-ins, checkouts. And then everything suddenly stopped,” Mocanu said. “It has been a good time to reflect. It’s a good time to work out. Eat healthy food. Recharge your batteries for the next season.”Advertisement

Mocanu and Hornung have been hotel managers for nearly 10 years. They met while working on a mega yacht. Since then, their work has taken them to islands in the Bahamas, Bermuda, and the Virgin Islands.Now, they’re based at the Golden Rock Inn, which is owned by artists Helen and Brice Marden.

Nevis is different from the surrounding Caribbean islands. Instead of palm trees and sandy beaches, the island is known for its lush green surroundings, hikes, and its volcano.

“It’s not your typical Caribbean island,” Mocanu said. “The first time we visited we had this feeling like in the first scene of ‘Jurassic Park.'”The inn was transformed from an 18th-century sugar mill. Each of the 11 rooms is uniquely designed and influenced by the owners’ style and previous travels.Advertisement

Guests have incredible views of the ocean, but when they turn around, they’re greeted with a view of Nevis Peak, the volcano on the island.

“It’s kind of like we’re a mountain resort in the Caribbean,” Hornung told Insider.

But perhaps the best part of the resort is its 40-acre garden. The lush garden, landscaped by Raymond Jungles, features native plants and fauna.

Mocanu said the garden played a major role in their decision to move into the inn during the island’s lockdown.”There are a lot of plants that have an immense value,” he said. “We can’t let them die.”Advertisement

While their home is only a five-minute drive from the resort, the island’s lockdown restrictions prohibited residents from using public roads, and the couple didn’t want to break any rules.

The family is about to hit its three-month mark of living in the village. During that time, they’ve also been raising their 9-month-old child.Advertisement

“It’s nice. We have so much more space since it’s not just our little backyard at home,” Hornung said.

The resort has a spring-water pool, and Mocanu has been teaching his son how to swim, which has become his favorite memory during the lockdown.”It’s nice to have a 50-foot pool all to yourself,” Mocanu said. “It’s just me and our little boy, and I’m teaching him how to swim.”Advertisement

One of the resort’s biggest appeals is its isolation. The 11 rooms are spread out, but for Mocanu and Hornung that means extra walking between tasks.”We’re getting in shape doing normal things that take a bit longer,” Hornung said.Advertisement

“It’s like 300 steps to get a cappuccino,” Mocanu said. “Instead of three steps in our apartment.”

The couple will wake up, make coffee, and then spend a few hours in the resort’s office answering emails.Mocanu is focused on guest services and marketing. Hornung’s main areas of expertise at the resort are food and beverage, as well as event coordination.Advertisement

However, they’ve both picked up some new tasks during the lockdown. Since the inn’s 50 employees are currently not working, Mocanu and Hornung are now responsible for tasks like cleaning the pool, feeding the koi fish, and watering plants.When their tasks are complete, the couple spends their free time swimming, hiking, and cooking.

The couple has made an effort to sleep and live in different rooms at the resort. By re-creating the “guest experience,” they’ve noticed things to improve.

“We’re looking at these small details that matter a lot, and we’re putting ourselves in the shoes of the guests,” Mocanu said.Details, like a door with a broken lock or a squeaking fan, have slowly been added to a list that they plan to tackle.Advertisement

Hornung described the bustle of being a hotel manager. Oftentimes meals are consumed quickly after the dinner service for guests is over.

This unexpected pause has created a welcome opportunity to enjoy meals together.”It’s nice to cook for ourselves because we usually don’t even have time for that,” Hornung said. “And then to enjoy the beauty of the restaurant. The views are just spectacular.”Advertisement

“Nevis is a very blessed island in terms of natural resources,” Mocanu said.The volcanic soil allows for all types of vegetables and fruits to grow. Mocanu easily listed off a few, like pineapples, eggplants, and bananas. Local fishermen are still fishing, so the family still has access to fresh seafood.Advertisement 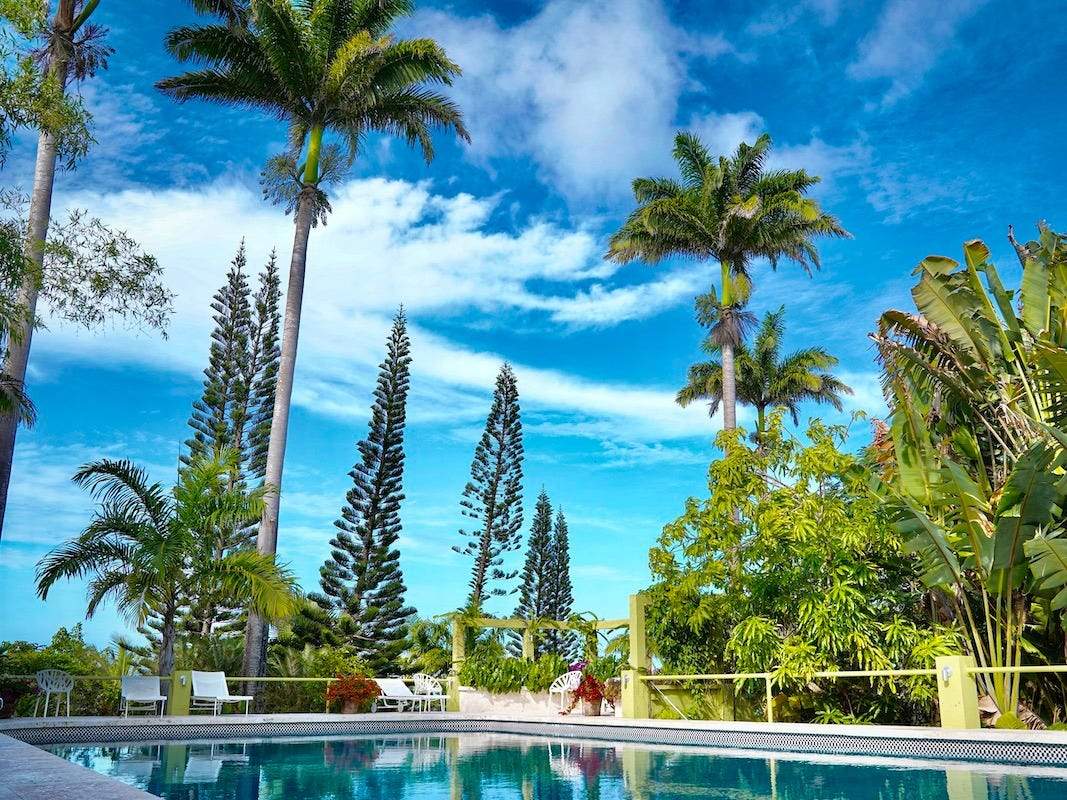 The inn features a 50-foot pool.Photo courtesy of Andrei Mocanu

Now, they can enjoy all the resort has to offer.Advertisement

Off the resort are three hiking trails: One that leads to the peak of the volcano, another through five waterfalls, and the third stops at some lakes. 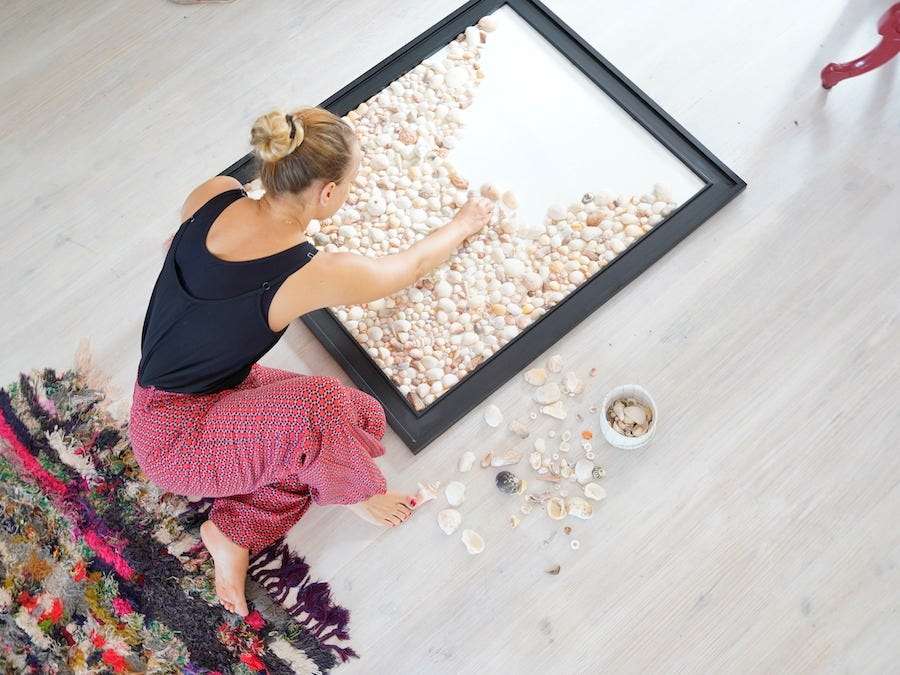 Antonia Hornung has spent some of her free time on art projects.Photo courtesy of Andrei Mocanu

Public roads reopened, but the couple plans to stay at the inn

Lockdown restrictions have relaxed on Nevis, and the inn will welcome guests back to the resort on Thursday.A few weeks ago, the family had a chance to go back home. But the couple went back to the resort, where they plan to stay until things get back to normal.Advertisement

“It’s one of those resorts where you can easily be separated from the rest of the guests,” Mocanu said.