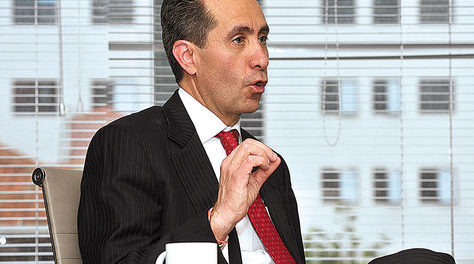 ST GEORGE’S, Grenada (CMC) — A senior official of the World Bank said Wednesday that Caribbean countries have been more successful in reinventing themselves than some of the region’s giants.

“This region managed to find a niche in the highly competitive global industry after it lost its trade preference treatment with Europe in the 1980s,” said Jorge Familiar, Vice President, Latin America and the Caribbean at the World Bank.

Addressing Caribbean Community (CARICOM) leaders at their 38th annual summit here on development finance opportunities for small states and how the blue economy has become the next frontier for economic growth for the Caribbean, Familiar noted that Grenada is demonstrating its commitment to inclusive growth and enhancing investment in the blue economy.

“Often when we meet to discuss development prospects for Caribbean countries, we devote significant attention to common challenges: small scale, high debt, exposure to external shocks, and dependency on fossil fuels,” he said, noting that small economies are more open to trade and foreign investment.

“While they are highly specialised in their export sectors, they are also more nimble and able to change the structure of their economies and exports over time. In fact, Caribbean countries have been more successful in reinventing themselves than some of the region’s giants.”

He said there is an opportunity for CARICOM countries to find new sources of growth by transitioning to a blue economy and to leverage new sources of financing.

There are a number of important questions that would be useful to reflect on, Familiar said, even as he focused on what is the blue economy and what opportunities it can offer for growth and how can the World Bank assist CARICOM countries to leverage new sources of financing in their pursuit of inclusive and sustainable growth.

27 Celebs Who’ve Lost All Their Money & Much MoreLoanPride

Republican Clint Eastwood Revealed Who He Voted For, And Fans Are In Complete DisbeliefMajorten

Familiar said that a new report titled “Toward a Blue Economy: A promise for sustainable growth in the Caribbean” notes that ocean assets and services are drivers of economic growth and that the Caribbean Sea generated US$407 billion in gross revenue in 2012, equivalent to almost 18 per cent of Caribbean gross domestic product (GDP), including mainland Caribbean coastal countries.

“Caribbean island and coastal states may be small in terms of population and land area, but large when it comes to marine area. In fact, they are ‘Great Ocean States’. For example, St Lucia’s ocean area is over seven times greater than its land area and for Grenada over 70 times greater.”

He said 1.5 million people rely on fishing for their livelihood and fish for food security and reefs such as Belize Barrier Reefs reduce 75 per cent of destructive capabilities from storm surges.

“Marine tourism directly and indirectly supports two million direct and indirect jobs and generates over US$40 billion annually to Caribbean islands alone,” he said, adding that with a growing population, demand for seafood and aquaculture production will increase, shipping traffic and tourism will continue to grow, and new ocean industries will emerge.

“If we look globally, ocean based industries such as fisheries, tourism, and shipping drive global trade, and annually contribute around three per cent or US$1.5 trillion in value added globally.”

Familiar said that if “thinking green” was the focus of the past decade, Small Island Developing States and coastal economies are now starting to “think blue”.

He said the new report identifies key priorities to generate blue growth, while ensuring that oceans and marine ecosystems are sustainably managed and used.

“Already the impacts of overfishing, coastal development, pollution and climate change are being felt by coastal communities around the world: about 75 per cent of the region’s coral reefs are considered to be at risk from human activity and 85 per cent of wastewater enters the Caribbean Sea untreated.

“Tourists come to the Caribbean region largely for its beautiful beaches and sea attractions, which puts tremendous pressure on the very coastal ecosystems that drive economies,” Familiar said, noting that a successful transition to a blue economy would mean that countries could better measure the region’s rich marine resources, better manage its ocean space, and ultimately achieve greater growth and prosperity from sound management of the ocean.

The report outlines three recommendations including identifying, value, and mapping ocean assets which Familiar said would “will allow countries to better manage their ocean wealth and develop smart policies to promote a healthy, resilient and productive marine environment: marine special plans like OECS countries are planning to do with our support.

He said the report also notes that regional integration and cooperation is essential to drive economic growth from the Caribbean Sea and promoting private sector investments in blue economy.

“This means creating enabling conditions for private investment in ocean industries; building ‘blue green’ infrastructure…and supporting ocean MSMEs to generate ‘blue jobs’.” Familiar told the regional leaders that ‘there has never been a better time than now for the coastal and island nations to invest in the transition to a blue economy”. He said the World Bank Group (WBG) is now examining new initiatives to leverage new sources of financing in support of growth.