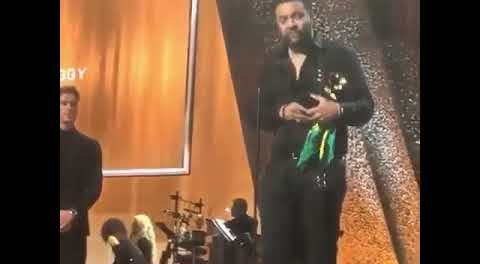 The Jamaican entertainer won the prestigious award for his collaborative project “44/876” with English musician Sting.

Other acts nominated for this year’s Best Reggae Album category were; Black Uhuru for As The World Turns, Etana for Reggae Forever, Ziggy Marley for Rebellion Rises and Protoje for A Matter Of Time.