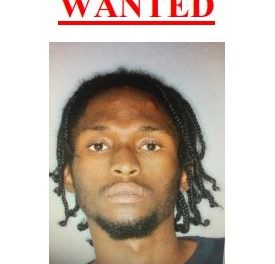 Basseterre, St. Kitts, December 30, 2017 (RSCNPF): Antoine Galloway of Newtown was formally arrested, charged and cautioned on two (2) counts of Conveying of Contraband into her Majesty’s Prison.

A wanted poster was issued for Galloway on December 22 and he was picked up by the police in Nevis on December 23. Galloway was thenfreed transported to St. Kitts where he was charged on December 27.

The police High Command credits this result to the public and the police working together. The Royal St. Christopher and Nevis Police Force (RSCNPF) would like to thank all the persons who shared the poster, or contacted a police station with information regarding his whereabouts. The RSCNPF also thanks its media partners for their assistance. The only way to create a safer St. Kitts and Nevis is for all of us to work together to ensure that persons who break the law are caught, charged and convicted.